There are some saints whose lives are so commendable, while also being relatable, that you need to know everything about them.

One such saint is Thomas More — the 16th-century lawyer, writer, philosopher and statesman who refused to acknowledge that his king, Henry VIII, was head of the Church of England. As a result, he lost his head at the age of 57 for standing up to his boss.

More’s life was exemplary. While he was a man of great power and influence, he was also a family man, an intellect, and most importantly, a servant of God. This was tested when Henry VIII tried to convince More that his marriage to Catherine of Aragon was void, due to her inability to produce a male heir.

While More studied the Bible and pored over Church teaching to try and find a way to agree with the king, he couldn’t. This would be the beginning of the end for him. He was eventually sentenced to death for refusing to acquiesce to Henry’s various demands — a courageous thing to do considering the king’s penchant for sending those who dared to disagree with him to the chopping block!

Yet, the devout Christian and prolific writer was more than ready to lose his earthly life rather than his integrity, famously proclaiming that he was dying “in the faith and for the faith of the Catholic Church, the king’s good servant and God’s first.”

It’s difficult to emphasize just how much of an influence this saint from Tudor Britain had during and after his life on others. His immense intellect, humanist outlook, virtue, and faith gave him great wisdom, a wisdom that seems just as timely today as it was more than 500 years ago.

So for a little inspiration and guidance in your life, take a look at these precious pearls of wisdom from a man who dared to disobey the king to be faithful to Christ and the Church. 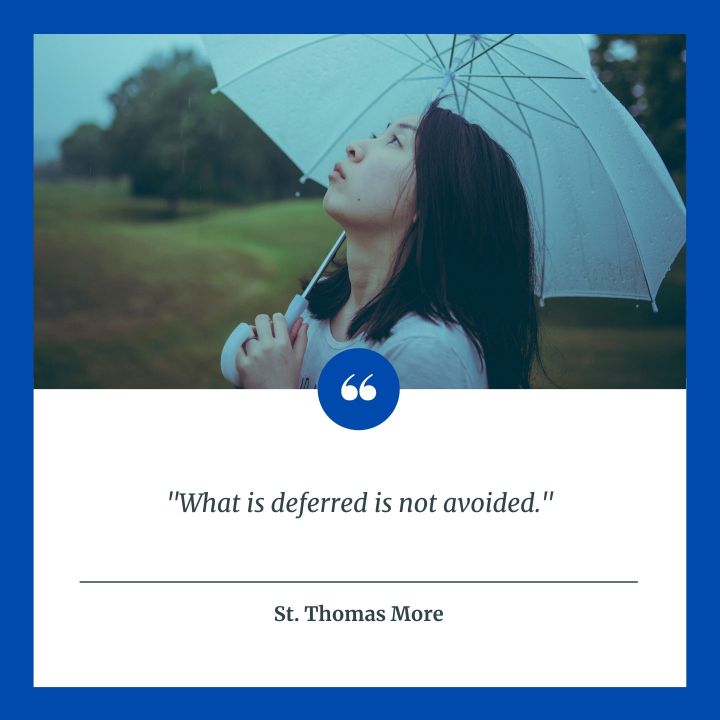 Launch the slideshow
Read more:A stepfather, adoptive father, and biological father, Thomas More is a model for all dads