A pilgrimage in the footsteps of St. Clare of Assisi

On August 11, we celebrate the feast day of St. Francis' partner in holiness, St. Clare of Assisi.

Often, St. Clare of Assisi appears in the background in biographies about St. Francis. Sometimes she gets a chapter, or worse, a footnote. It is true that Clare herself, in her writings, described herself as the “pianticella” (little plant) of Francis – in that she was his follower. Yet, she deserves better. 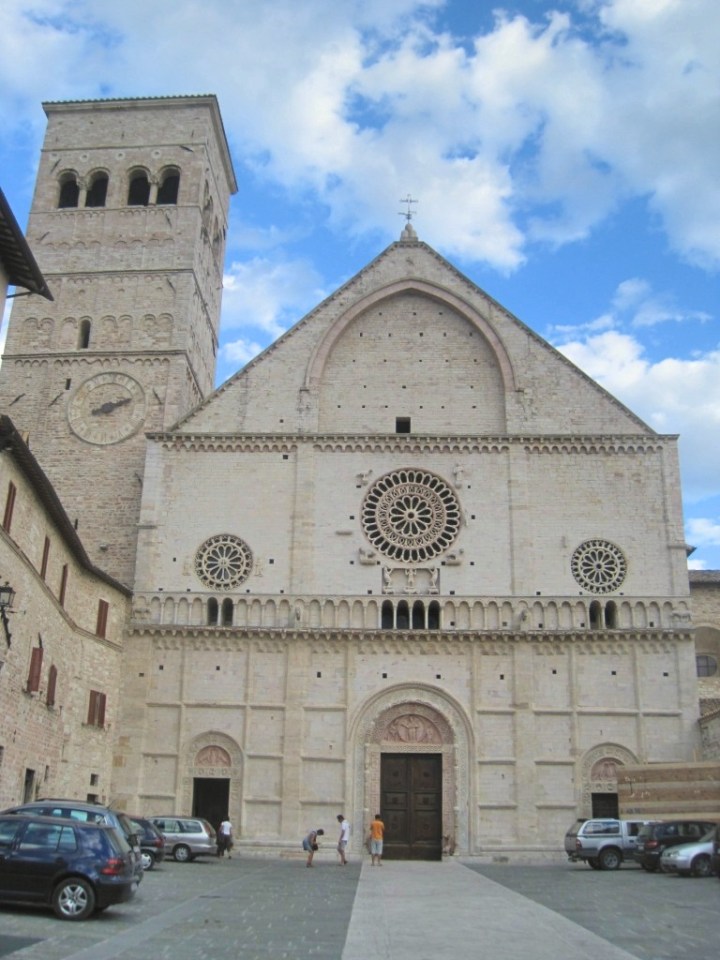 Who was St. Clare?

St. Clare was born in Assisi in the year, 1192. Her parents, Ortulana and Favarone were one of twenty families known as Majors, that is, they were part of the noble, aristocratic class. She grew up in a castle, with servants, next to the cathedral of Assisi, San Rufino.

Her father, Favarone, was a knight. In the early biographies, he appears preoccupied with worldly pursuits. Clare’s mother, on the other hand, was devout and virtuous. With her mother, sisters, servants, and others in the district, the women dedicated themselves to prayer, works of mercy, and service to the poor.

Clare had heard Francis preach in San Rufino, and knew how he and the first brothers lived. She desired to join his movement based on total poverty.

On Palm Sunday, 1212, Clare decided to leave her home with its privileges of wealth and power to become the first woman to follow Francis with only one privilege: Poverty.

That night, she fled her father’s home and all its earthly privileges, and met Francis and the brothers in a church known as St. Mary of the Angels, also called the Portiuncula. There, Francis gave her the tonsure and crowned her head with a veil – a sign of consecration.

The same night, the brothers accompanied her to a Benedictine monastery for women known as San Paolo delle Abbadesse. With a Papal interdict prohibiting outsiders from entering the cloister, she would have sanctuary there and be safe from any attempts by her father to take her away.

After about two weeks, she moved to a poorer community on the slopes of Mount Subasio known as Sant’Angelo in Panzo. There, she was joined by her sister, Agnes. After Clare’s sister, Agnes, joined her here, the knights of her family came for her, too, and dragged her away violently. Clare went into the chapel and prayed, and her sister’s body became so heavy the knights could not lift her. This was St. Clare’s first miracle.

Not long after, they left for Clare’s final home: San Damiano. San Damiano was the ideal place to follow in the footsteps of Jesus in poverty and humility just like Francis and the brothers. It was outside the city walls, insignificant, simple, and poor.

Clare lived in San Damiano for forty years. There, more than fifty sisters joined her there, including her mother and other birth sister.

In San Damiano, Clare fully embraced the life she was called to. She left all the worldly privileges for only one, what she referred to as the Highest Privilege of Poverty.

As Francis had earlier rebuilt San Damiano with rocks and mortar, Clare and the sisters became like living stones who edified not only that particular church, but the universal Church. Their lives would reflect, as in a mirror, the Gospel perfection in the spirit of the Gospel Life that was so much sought out in her time.

Clare died in the dormitory of San Damiano on August 11, 1253. Forty-one years earlier, she had been the first woman to embrace Franciscan poverty from within the cloister. She was also the first woman to write a rule that was approved by the Church.

After her death, her body was brought into Assisi and interred inside a church called San Giorgio.

In just two years, Clare was canonized on August 15, 1255. In 1260, a monastery was built next to San Giorgio, and the chapel was reconstructed into the sisters’ prayer choir.

Today in Assisi, all these places can be visited.

In the upper area of Assisi is the Cathedral of San Rufino. To the left of the cathedral is a small chapel marking the site where Clare’s Paternal Homeonce stood. Just inside the cathedral, to the rear and right, is the baptismal font in which she was baptized as a baby.

In the plains below Assisi is the hamlet known as Santa Maria degli Angeli (St. Mary of the Angels). Though there is nothing marking the episode, in the small church (known as the Portiuncula) sheltered in the large basilica, Francis cut off Clare’s hair giving her the tonsure after she fled her father’s home.

The same night, Clare went to San Paolo delle Abbadesse. Today, the original church is part of a cemetery. When the knights in Clare’s family came to take her away, she removed her veil to show them her tonsured head. To remove a consecrated nun by force would have led to excommunication. Today, visitors can see the original altar Clare stood before when this took place.

Next, St. Clare went to Sant’Angelo in Panzo. Today, the remains of the convent are on private property, but the caretaker allows visitors in. In Panzo, the church where St. Clare prayed for her sister was dismantled after an earthquake, but rebuilt. Now incorporated in a family home, the original monastery can be partially visited.

The final site where St. Clare lived is the Sanctuary of San Damiano, perhaps the most singular site related to her life. Visitors can enter and see the bare wooden choir stalls where Clare and her sisters prayed. At the top of the stairs is the oratory where she prayed when she was too sick to go down to the choir. In the corner of the dormitory is a cross marking the spot where Clare died. There is a wooden door here commemorating the moment when St. Clare held up a pyx containing the Eucharist to repel Saracen invaders.

Lastly, there is the Basilica of St. Clare. In the first chapel is the original crucifix of San Damiano. In the crypt is a museum housing a number of relics from the lives of Francis and Clare, including Francis’s breviary, habits worn by both saints, locks of Clare’s hair, and some embroidery made by Clare.

Finally, Clare’s relics (consisting of her bones contained in a plastic mannequin) can be seen just below the main altar.

(Bret Thoman is the author of “St. Clare of Assisi: Light from the Cloister.” It is available in paperback and ebook on Amazon here.)

Read more:St. Clare and her intense love of the Eucharist
Tags:
ItalyPilgrimagesSaintsTravel