Testimonies of graces received: The ex-votos of the Maltese Islands

During a terrible storm five Maltese galleys, out of a squadron of seven, were in danger of perishing while navigating near the Islands of Taranto under the command of the Balì Montenegro Correa, on the 25th of April 1678. The noble Correa family, originating from Portugal, gave the Order of St. John several knights amongst them the above-mentioned Fra Antonio Montenegro Correa - a general of the Order's fleet. This Ex Voto is attributed to the great painter Stefano Erardi (1630-1716). It was donated to the sanctuary of Our Lady of Mellieha by the knight Fra Wolfgang Philip Guttenberg who was a great benefactor to Maltese churches (from book titled Ex Voto by Jimmy Muscat)

In ex voto paintings, thousands of inspiring stories are told: the hardships, perils and humiliation people suffered and the help from Heaven that came their way!

An ex voto, put simply, is a votive offering to a saint or to God. Although the term has been used to refer to this kind of offerings in many different religions, it is more commonly understood as restricted to Christian examples. The offering is given in fulfillment of a vow (hence the Latin ex voto, short for ex voto suscepto, “from the vow made”) or as a token of gratitude or devotion.

As is the case with ancient Greek, Egyptian and Mesopotamian civilizations, the tradition of vows in Malta goes back to the Neolithic Temple Era, as proved by archaeological evidence, with inscriptions that clearly show they were objects offered as vows to the gods.Case in point, we also find depictions from the time of Homer showing divinities  assisting humans in their difficulties. Offering of vows was adopted by the Catholic Church as well. A votive offering is intrinsically a tangible form of gratitude for God’s help in a crisis. It may also represent devotion to God and His saints. This personal relationship between God and man is central in Christianity, where God becomes man in order to save humanity. The love of God as a caring and giving Divine Father is the foundation of the Christian Faith. This is in fact crystallized in the Lord’s Prayer — “Our Father who art in Heaven …”

A vow is made to God, generally through the intercession of his saints, and is usually represented by a votive offering, generally referred to as ex voto. Ex votos are displayed in churches and sanctuaries. They are not only intended for the faithful making the pledge or receiving the grace, but also as a testimony to later visitors, and generations, of the divine intervention on their behalf.

In churches and sanctuaries across the Maltese Islands, there are many types and forms of ex votos. There are also entire churches that have been built and paid to fulfill a vow – the church itself is an ex voto. Examples include the chapel dedicated to the Madonna in Wied Speranza in Mosta, and the Sarria church of the Immaculate Conception built by the Order of St. John. However, the most common forms by far are paintings, followed by metal images of body parts, baby clothes, medical items (crutches, casts etc), handcuffs, pieces of sails and ropes of sea vessels, grants of money and gold, wax and oil for lamps. Today, we also find ex votos made of modern artifacts and materials, such as cuttings from newspapers,  photographs and digital compilations. From this point onward we will focus on paintings, since throughout the centuries these have become intertwined with the bedrock of Maltese spirituality and heritage.

So far, no votive paintings older than those in Naples at “Madonna dell’ Arco,” which date to the 16th century, had been identified. As in other Christian countries in the Mediterranean, Malta’s unwritten religious history is archived in many churches, by means of paintings representing graces granted and devotions.As a general rule these paintings illustrate miraculous happenings resulting in the survival of the work’s patron. The earliest in Naples were executed on panels, whereas in Malta the medium was canvas, which helped to  preserve these treasures well. The oldest Maltese votive painting, identified in a paper authored by A. Cuschieri and J. Muscat, goes back to 1631. This painting is  part of the collection in the museum of the parish church of Our Lady of Graces of Żabbar. Cuschieri and Muscat also maintain that we may have older paintings, but further research is necessary, since determining dates in this field is very difficult. The feast of Our Lady of Graces of Żabbar is celebrated on the Sunday following the feast day of the Nativity of the Blessed Virgin and Our Lady of Victories. This feast is among the biggest in the Maltese Islands, and is celebrated over several days, reaching its climax on Sunday. So the people of Żabbar, and from all over, are presently commemorating their beloved Madonna.

Paintings recording the mediation of the Madonna outnumber those offered to other saints and the souls in Purgatory. These offerings show the deep trust the Maltese have in the Blessed Virgin, especially in times of crisis, ranging from personal problems, to tragic events and to national calamities. Quite a few of the paintings may seem rudimentary. Nonetheless, they are immortal reminders to Marian devotion in the Maltese Islands throughout the centuries.

On the other hand, some paintings have the signature of great painters, such as the one in the Chapel of the Immaculate Conception of Sarria, attributed to Mattia Preti, commissioned by the Knights of St. John to design the church and decorate it with his paintings, as thanksgiving to the Madonna for hearing their plea to lift the plague. Another one is by Anton Inglott in the Madonna tal-Ħlas of Qormi. Also, many votive offerings are painted by the so-called Madonnari, who  were artists specialized in producing ex voto paintings. The term itself proves that in times of trial the Maltese instinctively consecrated themselves to the Blessed Virgin Mary, also through their pledges and ex votos, which again demonstrates the deep Marian devotion. Among the best known Madonnari are Michele and Vincenzo Gonzi. These artists were extremely skilled and polished in the art of conveying and preserving the graces granted and miraculous happenings. The Madonnari did not have Preti’s or Inglott’s skill; nevertheless, they were very competent in reproducing the idea of the donors. They followed the same techniques as those in Venice, Naples, and other places around the Mediterranean.

There are no rules, trends or dimensions when it comes to  ex voto paintings, as they are as diverse as the donors’ wishes themselves. However, those given by the Knights were generally large in size while those offered by the poor were quite small. As a general rule, the ex voto illustrates the scene of the event, the icon of the Madonna or saint with whom the pledge was made and an inscription. For instance, maritime ex votos portray all the tragedy and commotion of a calamity at sea (a violent storm  disemboweling  a ship, and people desperately trying to survive the ordeal). Most of the time, VFGA is inscribed on the painting — Votum Fecit Gratiam Accepit, meaning “I made the vow and I received the grace.” This clearly shows that the patron was in a serious predicament, prayed for divine intervention, and committed to devotion if his or her plea was heard.

Apart from the obvious spiritual significance of Ex Voto paintings, the huge collection preserved in the Maltese Islands is considered a national heritage. Each and every painting has its own unique story, but in them one also finds details that are not recorded anywhere else, neither in writing nor hidden in some archive or library. For instance, the maritime paintings  offer a whole repertoire of different vessels that traveled the seas throughout the centuries. It is interesting to note that the Żabbar museum, of the Sanctuary of Our Lady of Graces, offers the largest representation of galleys of the Order of St. John’s  fleet. The details of these ex votos also show the different types of sails, rope arrangements and naval weapons. Those related to healing from illness shed light on what old houses throughout the ages looked like. The paintings are also time capsules of scenes of the Maltese Islands that today exist no longer.

Malta’s inestimable collection is surely not at risk of being outdone by any other collection, both in quantity and quality. At least, not in the Mediterranean. In Malta and  Gozo a pilgrim, or anyone who is intrigued with such heritage, finds many sanctuaries offering huge exhibits of ex votos. For example, the Madonna Ta’ Pinu National Shrine in Gozo, Our Lady of Mercy in Qrendi, Our Lady of Graces of Żabbar, the Malta National Shrine in Mellieħa, Madonna Tal- Ħerba Sanctuary in Birkirkara, Madonna Tal- Ħlas in Qormi, Jesus the Nazarene Sanctuary in Sliema, Oratory of Our Lady of Mount Carmel in Valletta, and the list goes on.

It is close to impossible not to realize, even for those not historically minded, that in ex voto paintings our ancestors have a story to narrate to posterity. The hardships, perils and humiliation they suffered, the fears faced, the tears they shed, and the help from Heaven that came their way!

Make sure to visit the slideshow below to discover more of these inspiring testimonies of faith. 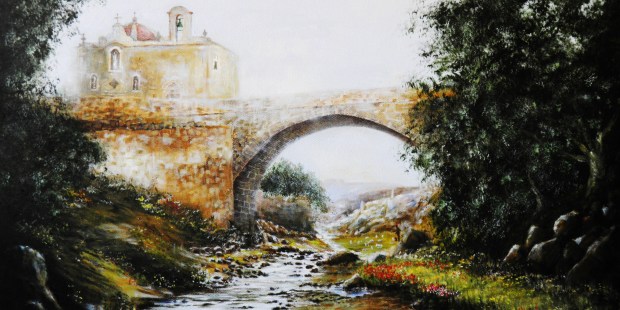 We would like to thank Michael Buhagiar (Museum of the Sanctuary of Our Lady of Graces, Zabbar) for giving us a clear direction in the ocean of ex votos in the Maltese Islands

Borg I. The Maritime Ex-Voto – A Culture of Thanksgiving in Malta. Insight Heritage Guides. Heritage Books (2005)