Why are guardian angels celebrated on October 2?

The feast was instituted to complement the celebration of St. Michael a few days earlier.

In the current liturgical calendar, there exist two feasts that honor angels. The first is the feast of Sts. Michael, Gabriel and Raphael, celebrated on September 29.

Originally this feast celebrated only St. Michael, and in some places was even a holy day of obligation.

Eventually there arose a request to have a separate feast in honor of the guardian angels, those angelic spirits who are assigned by God to guide and protect each human soul.

According to the Catholic Encyclopedia, October 2 was picked because it was the first “free” day in the calendar.

It is believed that the new feast was intended to be a kind of supplement to the Feast of St. Michael, since the Church honored on that day (29 September) the memory of all the angels as well as the memory of St. Michael. Among the numerous changes made in the calendar by Clement X [in the 17th century] was the elevation of the Feast of Guardian Angels to the rank of an obligatory double for the whole Church to be kept on October 2, this being the first unoccupied day after the feast of St. Michael.

At the time September 30 was the celebration of St. Jerome and October 1 was the commemoration of St. Remigius, patron saint of France. October 2 did not have any particular celebration, and so it became the feast of the Holy Guardian Angels. 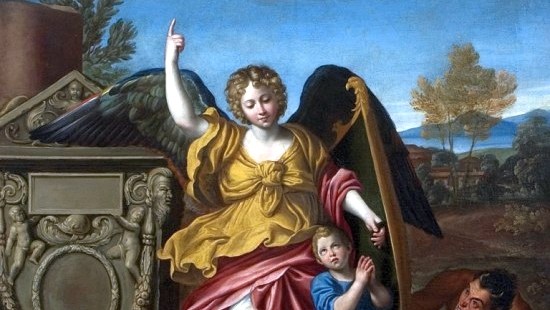