Bl. Carlo Acutis: His life, his miracles and his legacy

The "computer geek" saint is an inspiration to both young and old.

Ever since his death in 2006, Carlo Acutis’ story has captivated the world. The simple holiness of the teenage saint remains an inspiration to all, highlighting the truth that anyone can achieve holiness, no matter their state in life.

Here is a brief list of the most viewed articles on Aleteia about Bl. Carlo Acutis that help explain his life, miracles and legacy. You can click on the links below to learn more information.

The life of Bl. Carlo Acutis

Born to a simple family, Carlo was a friend to all

Carlo was born in London on May 3, 1991, to Italian parents who moved the family to Milan when he was 3 months old. It was there that Carlo grew up, attending local schools and then a Jesuit high school. Devoted to Our Lady from a young age, Carlo made the effort to recite the Rosary daily and, after his first Communion at age 7, also strove to receive the Eucharist daily and to attend confession weekly.

Carlo was exceptionally compassionate and mature even as a child. When bullies at school picked on classmates with disabilities, it was Carlo who stepped up to defend them. He also worried for friends who were suffering through their parents’ divorces, and made a point of inviting them to his home and offering his support.

His mother told CNS, “Carlo led a normal life: He went to school, he played sports, he played video games, although usually just one hour a week because he understood that one could be enslaved by video games.”

If there is to be any patron saint for video gamers, it should be Carlo Acutis once he is officially canonized. He is the perfect saint for the average child or teenager in today’s culture and is a wonderful example of ordinary holiness.

Is there a patron saint for video gamers?

Carlo’s mother was converted by her own son

“Carlo was a very devout soul, even when he was very young. He loved to go to church, to pray, and to learn more about his faith. I was far from the church; I grew up in a secular family, as millions of people do, I suppose. So, having this son who insistently asked me questions about the faith forced me to reflect. That was the reason why I drew closer to the Church” and to the sacraments, she explains.

The mother of Carlo Acutis says he was her little savior

I would say that he was a quiet child by nature, living in the context of a peaceful family. As time passed (also because the surname was recurrent in the media), I learned that his father, Andrea Acutis, was the manager of a large private company and that the family’s standard of living was quite high. But none of this stood out in Carlo or his parents.

Today I often see spoiled and demanding children, who are capricious with their parents, selfish with their classmates and perhaps spoiled by excessive wellbeing. There was never any sign of this in Carlo: he was a child who integrated harmoniously in the classroom, docile, with whom the teacher was happy. His parents too were very polite and unpretentious, reserved people.

One of his most significant computer ventures was cataloguing all the Eucharistic miracles of the world. He started the project when he was 11 years old and wrote at the time, “The more Eucharist we receive, the more we will become like Jesus, so that on this earth we will have a foretaste of Heaven.” He then asked his parents to start taking him to all the places of the Eucharistic miracles, and two and half years later the project was completed.

Acutis researched over “136 Eucharistic miracles that occurred over the centuries in different countries around the world, and have been acknowledged by the Church” and collected them into a virtual museum. Besides creating a website to house this virtual museum, he helped create panel presentations that have traveled around the world.

The miracles of Carlo Acutis

Healing of a gravely ill boy in Brazil

The Medical Council of the Congregation for Saints’ Causes has expressed a positive opinion on an alleged miracle attributed to the intercession of young Carlo Acutis, who died of leukemia at age 15 in 2006. He was declared venerable in 2018.

The miracle regards the healing of a gravely ill boy in Brazil.

Miracle attributed to Carlo Acutis given the OK from doctors

Body was found intact after burial

The vice postulator, Father Marcelo Tenorio, shared the news on social media. He revealed that he’d seen the pictures but that he couldn’t share them.

The priest said that the news had been communicated to him by Carlo’s mother: “Dear ones, I received today from the mother of Carlo Acutis the wonderful news that the body of the venerable youth, who died giving his life for Pope Benedict XVI, is INTACT.”

The postulator of the cause, Nicola Gori, asked that the medical exams be awaited before something definitive can be said regarding the state of the body of the young Carlo.

“Any judgment on the state of the body’s preservation is premature as the necessary examinations by medical personnel are currently underway,” he said.

The legacy of Carlo Acutis

His image—in jeans and sneakers—clashes with the traditional stained glass windows to which we are accustomed, and shows that holiness is closer to us than we think.

The Tablet reports that the relic was acquired by the diocese thanks to Msgr. Thomas Machalski. Touched by Bl. Carlo Acutis’ life, Msgr. Machalski wanted to inspire young Catholics in Brooklyn with his faith model. The monsignor organized the request that Rome send the diocese a relic and the Church acquiesced. 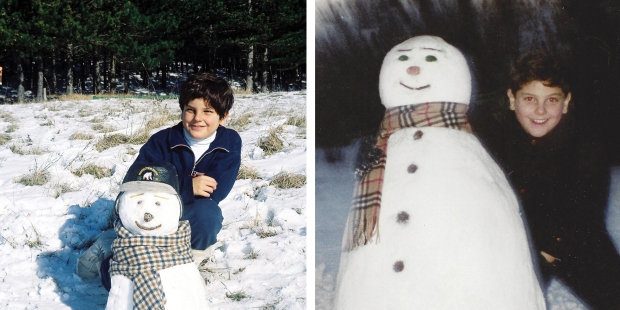