Bologna is home to important churches in addition to two well-known saints: St. Dominic, the founder of the Dominican order, and St. Catherine of Bologna, a mystical Poor Clare nun.

The city of Bologna is one of Italy’s most important cities for culture and history. It traces its roots to antiquity, when it was part of Etruscan and Roman civilizations. In the Middle Ages, it became a free municipality and for a century, it had the fifth largest population in Europe.

The University of Bologna, founded in 1088, is the oldest continuously-operating university in the world. Together with universities in Paris and Oxford, Bologna was one of the main international centers of learning.

Today Bologna is renowned for its culinary traditions. In Italy, it has lent its name to a meat-based pasta sauce called ragù alla bolognese. On the other hand, the American meat and cold cut company, Oscar Mayer, Americanized the city’s name to give the English speaking world baloney, or a cold cut known as mortadella in its hometown.

A pilgrimage to Bologna

And yet pilgrims have ample reason to visit the city. Bologna is home to important churches in addition to two well-known saints: St. Dominic, the founder of the Dominican order, and St. Catherine of Bologna, a mystical Poor Clare nun.

St. Dominic’s remains are preserved in the basilica of San Domenico. As the founder of one of the two main mendicant orders in the Catholic Church (alongside the Franciscan Order), it is curious that he, a native of Guzmán, Spain, would be buried in Italy.

After his order was approved in 1216 by Pope Honorius III, St. Dominic sought to send friars to the important European centers of learning and culture. As Bologna was the seat of the university, St. Dominic arrived here in January 1218. Initially, he and his companions settled in a small convent church outside the walls.

The following year, in need of a larger space, the Dominicans settled permanently in the convent of San Nicolò delle Vigne. There, between 1220–1221, St. Dominic presided over the first two general chapters in the history of the Dominican Order. On August 6, 1221, he died and was buried behind the altar of San Nicolò.

In the years that followed, the church became prominent for the Dominican Order and one of the most important churches in Bologna. The great artists of the day such as Nicola Pisano, Arnolfo di Cambio, Niccolò dell’Arca, and the young Michelangelo were called in to decorate the burial monument, known as the Arca (Ark) of San Domenico.

St. Catherine (September 8, 1413 – March 9, 1463) came from a well-to-do noble family, but entered a convent when she was young. She was the foundress and first abbess of the monastery of Poor Clares in Bologna. There she wrote on the mystical life and of her visions. She was canonized by Pope Clement XI on 22 May 1712.

Her body is incorrupt. It is unique in that she is dressed in her religious habit and seated upright behind glass.

Other churches of note in Bologna are:

Other secular attractions in Bologna include the Museum of History of Bologna; the Pinateca Nazionale or the city’s main art gallery; and the Due Torri or the “Two Towers,” both of them leaning and prominent symbols of Bologna. 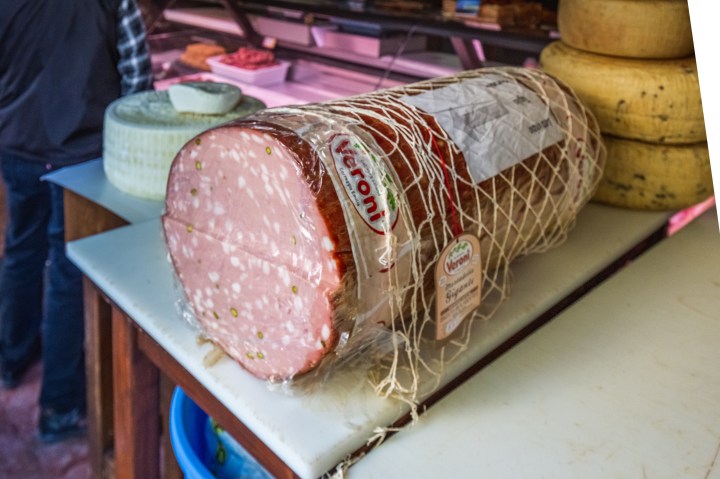