For a jewel of a cathedral devastated by war, the delights are in the details

Destroyed during WWII, the Catholic cathedral in the London borough of Southwark rose from the ashes.

With three cathedrals, the London borough of Southwark should resemble the “dreaming spires” of Oxford. It’s unfortunate that St. George’s has no spires or towers at all. The first Catholic cathedral that was allowed to be built in the UK since the Reformation was also the first to be destroyed during WWII. In London, it was the only one – Catholic or Anglican – to have a massive, direct hit from the Luftwaffe. While the legendary St. Paul’s stood proud and almost untouched, surrounded by smoldering ruins, St. George’s over the river was almost flattened. 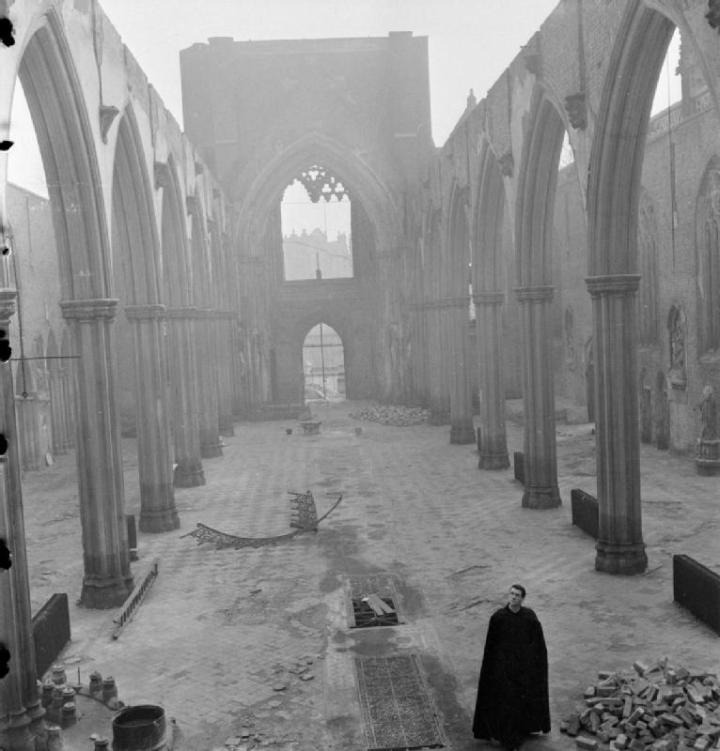 The grandeur of the original St. George’s

The Catholic cathedral in Southwark was rebuilt after the war, but there is a lot missing. Its Anglican counterpart in the same district is many centuries older and retains most of its 500-year-old integrity. St. George’s was once the embodiment of the Victorian Gothic revival. Its creator was Augustus Pugin, the most prominent Catholic architect of the 19th century. He designed that very symbol of London, the Houses of Parliament, plus the tower that houses Big Ben.

Southwark meant a lot more to him spiritually. His wedding was the first to happen in the cathedral that he had built. It was his third marriage as his two previous wives had died. Ill health surrounded him, and he only lived to the age of 40.

Pugin’s mental health also took a hammering in his short lifetime. For a while he was placed in the notorious Bethlehem Hospital, better known as “Bedlam.” As it was across the road from St. George’s Cathedral, he could at least find solace by gazing at his work.

An immigrant story of renewal

The cathedral was an inspiring sight for the growing number of Catholics in London. It would be more than 50 years before the larger Westminster Cathedral was built. Unlike Westminster, which has always attracted a fashionable congregation, Southwark has been a magnet for immigrant communities from the outset.

In the 19th century, it was the Irish who migrated to that part of London and brought Catholicism back to whichever parts of Britain they settled in. There is a chapel dedicated to St. Patrick in the cathedral. Accompanying some delightfully green brocade on the walls, there is a plaque to commemorate a barely remembered leader of the Irish independence movement. Terence MacSwiney, Mayor of Cork, died in a nearby London jail in 1920. The cathedral clergy boldly defied government instructions forbidding a funeral Mass for this victim of oppression.

In the 21st century, there has been much immigration from Latin America. The cathedral has Masses in Spanish, along with a spectacular memorial to the martyred bishop, St. Oscar Romero. It’s hard to miss this painted crucifix, looking at least 10 feet high, in cheerfully colorful Salvadoran style. It’s even harder to photograph. The same is true of the image of the Italian St. Frances Xavier Cabrini, patron saint of migrants, whose shrine I chanced upon. Despite being based in America, she often visited this cathedral and did good works in the neighborhood. Unless the lights are on, which is less often with energy prices rising daily, it’s hard to spot this marvel of bronze sculpting.

In every corner of the cathedral’s sacred interior surprises await. Its grimly rebuilt exterior promises little but delivers much to those who venture inside. For visitors who happen to be there when the choir is singing, it has acoustics that are almost divine.

St. George’s is not on any tourist trails and is largely forgotten, even by the many Catholics who prefer the beguiling Byzantine charms of Westminster Cathedral. At least Southwark was not overlooked by St. Pope John Paul II when he anointed a huge number of the sick there in 1982. One of the benefits of the modern stained glass, which has slowly replaced the wreckage of WWII, is that more current subject matter can be highlighted. Sure enough, there is the pope, movingly illuminated by London’s grey skies.