Silvacane Abbey: One of the “Three Sisters” of Provence

This beautiful 10th-century abbey was once home to Cistercian monks who lived and worked in silence. 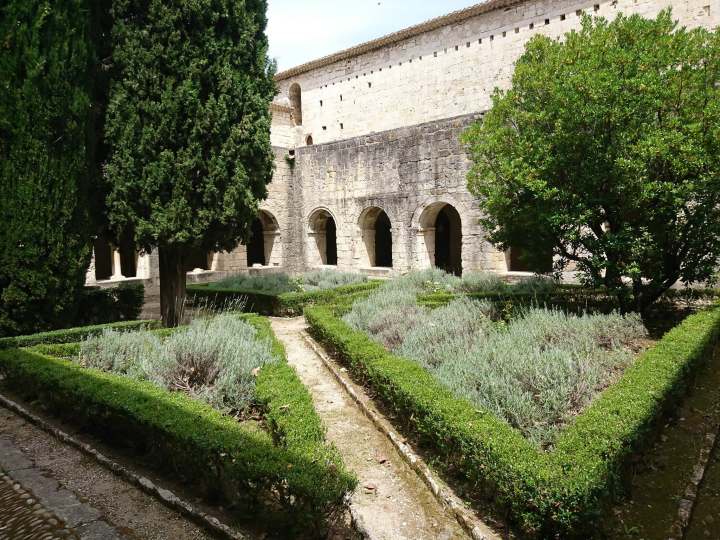 Provence is blessed with three abbeys founded in the twelfth century. Silvacane, one of the three abbeys, suffered severely in the 17th and 18th centuries.

The Cistercian order, created in Burgundy in 1098, stipulated that monks should follow the Rule of St. Benedict, living their lives in humble simplicity and practicing to be as self-sufficient as possible.  Monasteries and abbeys built at the time reflected the philosophy of the Catholic mission: the buildings were set in rural areas, and were modest, austere, functional yet beautiful.

L’Abbeye de Silvacane is one of three Cistercian abbeys in Provence, a perfect example of the architectural style of the abbeys where monks lived, worshiped, and grew crops in isolation.

Silvacane is situated deep in Provençal countryside in the village of La Roque d’Arthéron. Monks no longer live at the monastery, but today visitors marvel at the beautiful stonework in Romanesque and Gothic styles.

The history of the monastery

Before they could start building, the first task was to drain the swamps of the nearby river Durance. Construction began in 1175 with financial aid from wealthy local landowners.

The monks came from different backgrounds, from nobility, the highest rank, to the lay brothers, who worked the land, each responsible for a particular task (prior, sacristan, nursing, etc.). Growing crops and raising animals were very high on the list of priorities for Cistercian monks.

Silvacane prospered both economically and spiritually during the 12th century and most of the 13th century.

However, a series of mishaps changed the monks’ daily quiet routine from the end of the 13th century. Events such as the Hundred Years’ War, invasions, and national conflicts and disagreements weakened the abbey and the lives of the monks.

Bad luck continued during the French Revolution. The financial problems the monks faced left them no choice but to auction the monastery and to leave. The abbey was transformed into a farm.

Luckily Silvacane was rescued by the French Government in 1846 and classed as a historic monument in 1945. The first major restoration work began in the 1950s. The local municipality took over in 2008, continuing to restore various sections and grounds of the abbey.

The main parts of the abbey are:

There is no sign of ostentation, just simple carvings, pure beauty exquisitely restored inside and outside. The monks needed only functional architecture. Theirs was an organization where silence was part of the rule, where they communicated mainly by signs.

Silvacane Abbey is open to visitors throughout the year and is particularly busy during the spring and summer months. It’s a popular venue for weddings, banquets, seminars, conferences, and open-air concerts.

“These various restoration works, carried out to preserve the abbey and its surroundings in the best conditions, have made it possible to enhance the monument for visitors and the local population. The showcase of the village, the monastery has thus benefited from greater visibility and allowed partnerships with different tourist and commercial structures of the village and the surrounding area.

The layout of the monks’ garden has made it possible to diversify the program by offering shows and concerts in the garden, a place very popular with the public.”

What’s most striking about this Cistercian abbey is the peace and tranquility. Far away from the busy tourist hotspots, the green setting, the whiteness of the stonework makes Silvacane a truly unique haven in Provence.