The tree from the Dolomites stands more than 90 feet tall and weighs 8 tons.

The Christmas tree for St. Peter’s Square arrived to Rome on November 23. Standing some 28 meters (more than 90 feet) and weighing 8 tons, it will accompany the Nativity Scene of the Square, which this year celebrates Peru’s 200th anniversary.

The fir comes this year from Andalo, a small village of about 1,000 inhabitants located in the Dolomites of Paganella. The local newspaper in the area, Adige, reports that it took 12 hours to cut the tree.

It also explains that the spruce will be decorated with 600 wooden balls created by hand by the craftsmen of Andalo.

The lighting of the Christmas scene will take place on Friday, December 10.

The Vatican chose a nativity scene made by the Peruvian community of Chopcca, a small town in the Andean region of Huancavelica. On the day of the inauguration, a delegation of Peruvian communities will be received in audience by Pope Francis for a presentation of gifts.

The Argentine pontiff will also receive representatives from the region of Trentino.

During the traditional inauguration of the crib, which will take place at 5:00 p.m., passers-by and faithful will also be able to delight in the illumination of the Christmas tree.

The Governorate of Vatican City specified that the tree will be equipped with “low energy consumption LED lighting.” 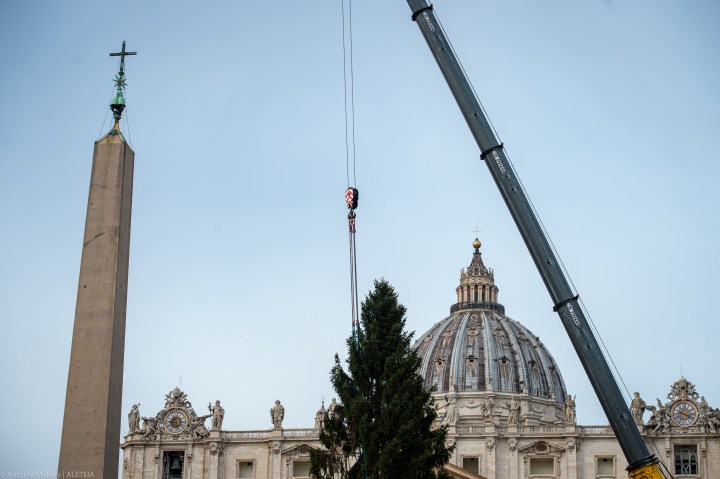