Images from the Church of the Holy Sepulchre, Jerusalem which houses two holiest sites in Christianity: the site where Jesus of Nazareth was crucified and Jesus's empty tomb, where was buried and resurrected. The tomb is enclosed by the 18th-century shrine, called the Aedicule.

"They saw and believed" was first used at Cana. Now they believe an even greater miracle.

1 The tomb of Jesus

In the Gospel for Resurrection Sunday, the word “mnēmeion,” meaning tomb, sepulchre, appears as many as six times. It refers to the empty tomb of Jesus.

He saw and believed

John the apostle went inside the tomb and believed. He believed that Jesus had risen from the dead. We too can go inside the empty tomb of Jesus in Jerusalem today. We can also see it in pictures and videos. It is the same place, secured and enclosed with a special chapel called Aedicula.

The first time the phrase “they saw and believed” is used in the Gospel is in reference to Jesus’ disciples at the wedding in Cana, after Jesus’ first miracle of turning water into wine.

Jesus’ greatest miracle is his Resurrection.

Many people make pilgrimages to Jerusalem and visit the empty tomb of Jesus. We can also see it in pictures. It is a witness for us that Jesus has risen from the dead. Looking at Jesus’ empty tomb, do I believe that a tomb is not a person’s ultimate destiny? Do I believe that Jesus wants to give me the fullness of a life that does not end? 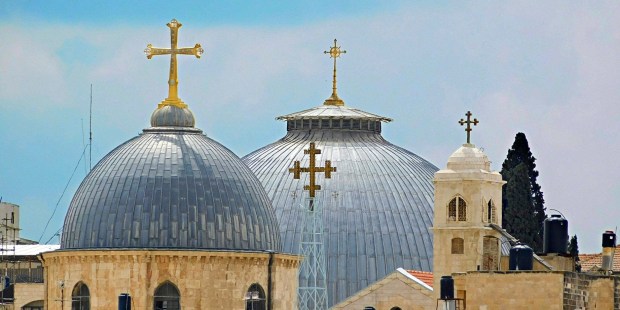