The (somewhat) Catholic origins of a summer favorite: Gazpacho

The humble yet savory cold soup may have played an important role in almsgiving.

Gazpacho is the name given to a whole universe of different soups across Spain. Whereas the most popular of them all is the Andalusian gazpacho (the cold soup made of raw, blended vegetables you probably know), other gazpachos (like the Manchego) are hearty, meaty, and served hot – and thus not necessarily suitable for the hot Iberian summer. Widely eaten in Spain (and Portugal), cold variants of gazpacho (cojondongo, ajoblanco, salmorejo, pipirrana) were born in the south, from where they spread into the rest of the Peninsula. But if there are so many variants, how is it that a single overarching name can refer to them all? The reason could be, somewhat surprisingly, related to Catholic almsgiving practices.

There is speculation regarding the origins of gazpacho. Some claim it was originally a Roman soup (or even a light dip) made of stale bread, olive oil, garlic, salt, vinegar, and some water –a perfect way to use hardened, old bread. It was not until the expansion of the Spanish empire in the Americas when red gazpacho was created, as tomatoes are originally from the low Peruvian Andes. This red version is the one that is commonly known internationally, but modern variations have even traded honeydew for cucumbers and cranberries for tomatoes.

According to Joan Coromines’ famous Etymological Dictionary, the word gazpacho derives from the Latin caspela, meaning “fragment.” Coromines’ theory accounts for the pieces (“fragments”) of bread and vegetables dipped in water, oil, and vinegar that are the main ingredients of this dish.

The Royal Spanish Academy (RAE, Real Academia Española), however, tells a different story. According to its dictionary, the Castilian gazpacho ultimately derives from the Greek gazophylákion, a word that refers to a repository of a public treasure. The word is used in the Gospels of Mark, Luke, and John:

And he called unto him his disciples, and saith unto them, Verily I say unto you, That this poor widow hath cast more in, than all they which have cast into the treasury (gazophylákion)

And he looked up, and saw the rich men casting their gifts into the treasury (gazophylákion)

These words spake Jesus in the treasury (gazophylákion) as he taught in the temple: and no man laid hands on him; for his hour was not yet come.

In the Gospels, the word clearly refers to the apartments constructed in the courts of the temple in which the sacred offerings and things needful for the service were kept. The sacred treasury, public records, and even the property of widows and orphans were deposited here. In short, these apartments were also used to store charity.

In a Catholic context, the “treasury” the Gospels mention is simplythe collection bag in which the faithful deposit their alms during the offertory. Whereas today’s offerings are made in cash, there was a time in which that was not the case. People would bring with them to the church whatever they wanted to give to charity and deposit these donations either in poor boxes or in the collection bags themselves. Most of the time, they would bring stale bread, oil, vinegar, and some ripe vegetables – the fundamental ingredients of gazpacho, a humble (yet savory and healthy) dish.

Make sure to visit the slideshow below to discover seven healthy foods that Jesus himself ate. 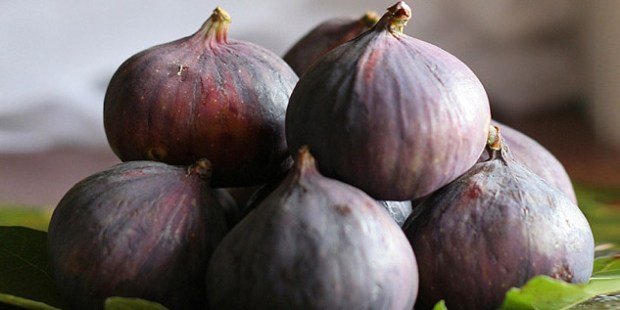