The quadruplets, on the day of their baptism, in the arms of their mother and other relatives.

Their mother says God worked miracles during her pregnancy and after the birth of the four little girls.

Celia Leticia Espinoza Ledezma is originally from Querétaro (Mexico) and is 35 years old. She shared with Aleteia the miracle of being a mother of four beautiful girls. She explains how God worked miracles during her pregnancy and after the birth of her daughters.

We’d love to hear your story.

It all happened very fast, because the girls were born at 28 weeks of gestation, a little less than seven months. I found out I was pregnant at about six weeks. I went to the appointment with the doctor and she told me that she could see four little eyes and two heartbeats. And for me it was something exceptional, because in my family there were no previous cases of twin pregnancy, and that made it a surprise for me.

The doctor kept thinking and looking and looking, and she told me, “You know what? I have doubts, because I see another third heartbeat, but I don’t want to confirm it. In other words, I can confirm a twin pregnancy and the third one is pending.” She told me that we’d wait another few weeks to see.

Then I went to the public hospital of the IMSS (the Mexican Social Security Institute) for my prenatal check-up and I told the doctor what my private doctor had told me, and she said, “I don’t think they’re triplets, but we’re going to do the ultrasound.”

That same day I went to the ultrasound and they confirmed the third baby, a triplet pregnancy.

After 15 days I went back and the doctor checked and checked and didn’t tell me anything. I thought something was wrong. Another fellow doctor was with him and he asked him to help him check the ultrasound. I started to get more worried.

He said, “How many do you see?” And the other said, “There are four, four embryos.” I was in shock with the news.

From there we tried to get to the 28th week of gestation, and thank God we made it, because the placenta was no longer enough to feed the babies. But during the process I had three near-miscarriages.

Finally, my daughters were born on October 5, 2018. The first one was born at 9:25, and they came one minute apart, except from the third to the fourth one: they were born two minutes apart.

What are their names?

Maria Isabella, Leylani Marie, Valentina Maryam and Ixchel Maria. I wanted to name them all Maria, but the registry office told me that it wasn’t allowed by law.

Devotion to the Virgin

Are you very devoted to the Virgin Mary?

Always. I’m Catholic and all my life I’ve professed the Catholic faith and I love the Virgin Mary. I always entrust myself to her, because this is a very hard job.

Listening to their heartbeats

It was very impressive, because it was a unique experience. Besides, feeling the movement of many things was very odd. When they checked me, it took hours, because they didn’t know if they’d checked the same child or if one of them was missing. It was very unusual.

What has it been like taking care of them?

One of the babies had a stroke

Seven months after her birth, Isabela, the first one, was diagnosed with a cerebral infarction and started having seizures. I’m currently taking her to therapy because she has psychomotor problems. But thank God she is doing quite well.

Did the doctors mention the causes of the ailments?

Regarding the stroke, they can’t tell me if it was inside my womb, or if it was after the birth. And the one who had the perforation, Leilani, was the one who was doing the best, but one weekend they raised her milk dose a little bit and, as her digestive system was very immature, it didn’t stand up to it and was perforated.

That weekend was horrible, because they gave me no hope of life for her; they only told me to keep an eye on the phone in case they called me to tell me that my daughter was gone.

In fact, the nurses told me, “But ma’am, you already have your other three girls,” and I told them, “Yes, but I am coming for the four of them.” I wasn’t willing to let her go and they were telling me to let her go. Thank God she reacted well to treatment.

After that, we returned to the hospital several times, after she was discharged, because her lungs were very small and she required intubation many times.

Thank God there has been no more need to return to the hospital with any of them. Except for the one I go to therapy with.

In this school year that has just started, they have just started school and so far everything is fine.

“Let me keep them, and I’m going to preach about you”

Do you consider your daughters to be a miracle?

Did you turn to the Blessed Sacrament?

The weekend that Leilani got sick, they sent the police patrol car to look for me because they couldn’t reach me, because my phone battery had run out.

The doctor on duty at night wanted me to be aware of the seriousness of her condition, in case something happened. The patrolman asked me if I had the means to get to the hospital and I said yes, and my sister took me.

My whole family found out and after going to the hospital we went to the Blessed Sacrament at dawn and I begged him, “Lord, if it’s possible, take this chalice away from me, because I don’t want to go through this.”

I was very afraid that my phone would ring, but I knew God is very great and He wouldn’t leave me.

What would you like them to do with their lives?

Whatever they choose in due time, I will support them. They’ll always have their mother throughout their lives. And if they want to go to consecrated life, they can go ahead; it would be a great blessing.

When the doctor proposed abortion

Your story needs to be heard in this world that promotes abortion.

Yes, even in the 13th week of my pregnancy, as a matter of protocol, the doctor told me, “I know you’re not going to choose it, but I have to tell you that we can remove one or two embryos to give the others a chance to develop better, but you have to choose now.” As soon as I heard that, I said, “No, let’s go ahead with all four.”

What message do you have for women who are thinking about abortion?

I’ve always been pro-life and I believe that being brave, fighting for that being that is growing inside you, fulfilling yourself as a mother, is the best. Truly, in any circumstance it’s worth taking the bull by the horns, and as it comes. That makes you feel fulfilled.

Below, you can see a gallery of images that Celia has generously given Aleteia permission to publish. To see them, just click on the label: 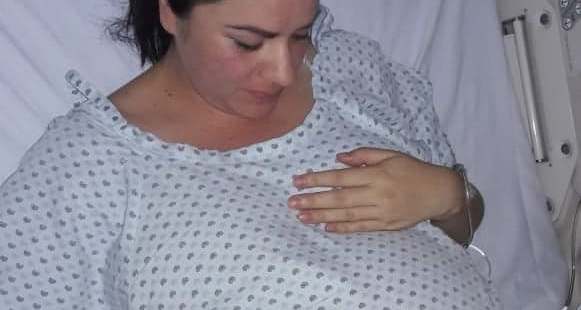 Launch the slideshow
Read more:Quadruplets born in Afghanistan are a sign of hope in a time of war
Read more:The miracle quadruplets who almost weren’t are starting preschool