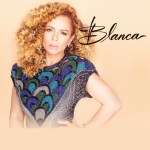 Why your teen needs you just as much as your toddler

3 Ways to build a stronger bond with your kids

7 Ways to foster greater trust in your kids