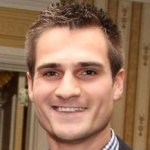 Nicholas G. Hahn III is the editor of RealClearReligion.org. He holds a B.A. in Political Science and Catholic Studies from DePaul University in Chicago, Illinois. While at DePaul, Nicholas was a Phillips Foundation Ronald Reagan College Leaders Scholar and was named among the 2006-2007 Top Ten Campus Conservative Activists by Young America's Foundation. Follow him on Twitter @NGHahn3.

When Hipsters Go to Church