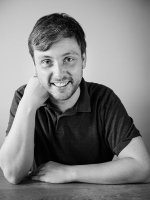 Stephen Mc Elligott, an Irish photographer from Dundalk, Co.Louth was given a gift by his wife for Christmas in 2013. As she suffered with cancer and was hospital bound, he learned how to use the camera at first taking pictures of local landscape to cheer her up. It snowballed from here and Stephen has won several awards with his work on popular sites like Gurushots where he himself now runs competitions and has had his work favorited by the National Geographic editors who have recently taken notice of him. He’s also had his pro life work published on the popular Breitbart website.

Exclusive Photos: Walking the “Dublin Camino” for the World Meeting of Families

Exclusive Photos: A pilgrimage in the footsteps of St. Oliver Plunkett