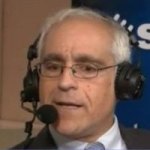 Tom Zampino is an attorney in private practice in New York City who makes his home on Long Island. He and his beautiful and accomplished wife have raised two fantastic daughters, four cats, two dogs and various other domesticated creatures over the past three decades. His blog, "Grace Pending", can be found at The Catholic Conspiracy.

The obedience of longing is worth the price

From Francis to Benedict, from Benedict to Fullness