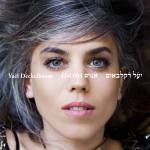 Hometown: Tel Aviv, Isreal Latest Album: Enosh (2015) Fun Fact: At 16, Yael first prize as the best young singer-songwriter in Isreal. Since then, she has worked with some of the biggest names in the industry, including: Sir George Martin, Suzanne Vega, Chris Kornell, Bobby McFerrin and Matisyahu. In 2015 she found her calling as an activist and teamed with an organization called “Women Wage Peace”. Her song “Prayer of the Mothers” became the call to action for the women's rights organization and went viral. Website: www.yaeldeckelbaum.com Facebook: YaelDeckelbaum Twitter: @yaeldeckelbaum