A deacon who’s the wheel deal

I have to say, I admire any man who could get away with appearing in public dressed like this: 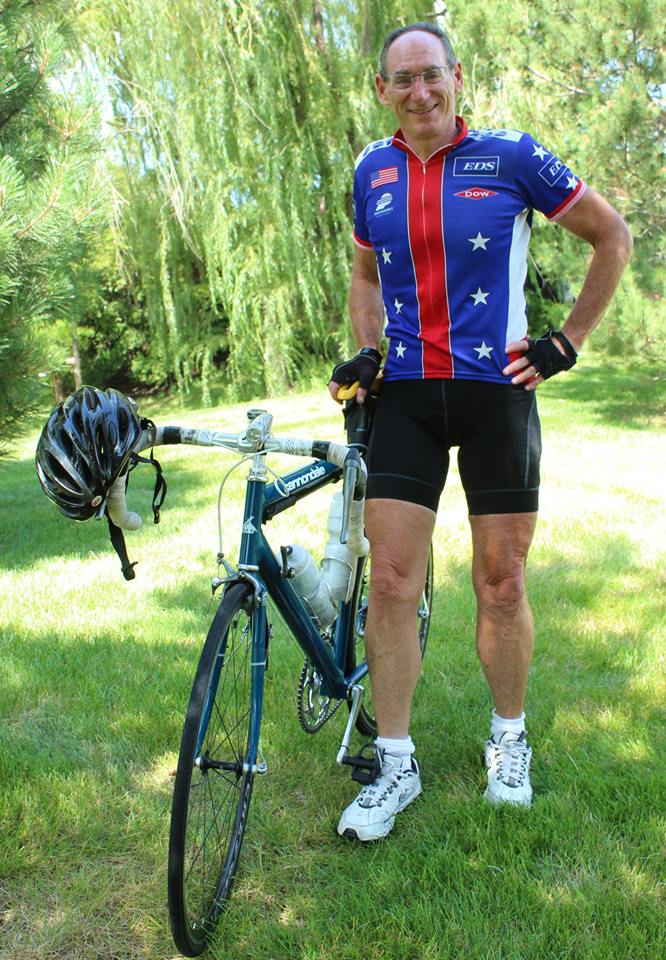 The fact that he’s a deacon and is about to embark on a marathon cycling trip makes him downright heroic.

Deacon Matthew Levy will spend his vacation in France this year, but he only plans to rest for about two hours.

That’s all the time he’s built into his 750-mile ride from Paris to Brest, a city on the Atlantic Ocean, and back again. While he has 90 hours — roughly 3.75 days — to complete the trip, he hopes to do it in just 56 hours.

That would make him a member of Le Société Charly Miller, an elite group of cyclists named after the first American to ride Paris-Brest-Paris (PBP) more than 100 years ago. The Chicago man finished in 56 hours and 40 minutes and Deacon Levy has been training for two years to follow in his tire tracks.

“That’s my goal, but it doesn’t mean I’m going to make it,” he recently told The Catholic Post. “I want to finish and I don’t want to hurt myself.”

He has a greater goal in mind than crossing the finish line in Paris, however.

“I want to give God all the glory and offer him all the praise,” said Deacon Levy, who serves at Our Lady of Guadalupe Parish in Silvis and St. Patrick in Colona. He is also the spiritual director for Northwest Area Teens Encounter Christ.

“Cycling is so close to our spiritual journey,” he explained. “It’s hoping to reach the destination, but it’s enjoying every aspect and really soaking up every aspect of the journey along the way.”

…He added that he doesn’t ride in events like Paris-Brest-Paris just to say he’s done it.

“God’s given us gifts. God’s given us tools. How many of us are utilizing them,” he asked. “I want to . . . use the gifts that he’s given me to the fullest. I don’t want any regrets. I don’t want to hear from God, ‘Why didn’t you do this? I gave you this.’”