Actress Maria Bello: “I’m proud to call myself a Catholic” 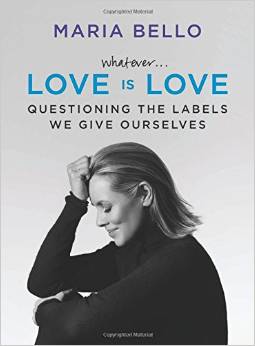 The star of “ER” and “The Cooler” has just published a series of personal essays on the “labels we give ourselves,” in which she discusses, among other things, being bipolar and bisexual. She was born and raised Catholic, and talked about that in an interview with The Daily Beast:

What might surprise a lot of people is that one of the people you describe as a partner, as one of your closest relationships, was with a priest. I have been blessed to have so many incredible teachers in my life. One of them, his name was Father Ray Jackson—my son, Jackson, is named after him actually—was my professor at Villanova University. He was the person I had lunch with every day. He’s the one whose shoulder I cried on when my mom was going through chemotherapy. He was the guy I talked to about everything. I point out in that chapter that in many ways he was my partner all through university. He was the main person in my life. Just because we weren’t romantically involved doesn’t mean someone can’t be your partner. That’s the gist of a lot of what I talk about in the book, the idea of partnership. My two friends are sisters and they’ve raised a daughter together. They all live together—so aren’t they partners? People get so ashamed sometimes when you ask someone, “Do you have a partner?” More than 50 percent of people in America are single, so often they say they don’t, but the truth is that if there is somebody significant to you in your life that you are committed to, isn’t that a partner? And then people light up and go, “My dog is my partner!” or “My ex is my partner!” or” My best friend is my partner!” So I just think the traditional labels don’t work for people anymore, we just can’t fit into those tidy little boxes any more. In the book you struggle with how you self-identify as Catholic, but you don’t necessarily line up exactly with people the Church considers “good” Catholics. I was curious how you feel about the new pontiff, Pope Francis? I’m proud to call myself a Catholic. I’m so encouraged by the pope’s views on inclusiveness and keeping his attention on poverty and peace in the world, that’s what being a Catholic is. There’s room for love and acceptance. Our pope now, he seems to come from that place as well. That the stuff the Church often makes a high priority—divorce, gay marriage, abortion—he seems to pay more attention to things that really matter and are grounded in love and acceptance. When he was at the wall separating Israel and Palestine—that photo, I’ll never forget it. For me that was a huge breakthrough.

Needless to say, it might be a good idea for her to read up on Catholic Church teaching. Here’s a good place to start.