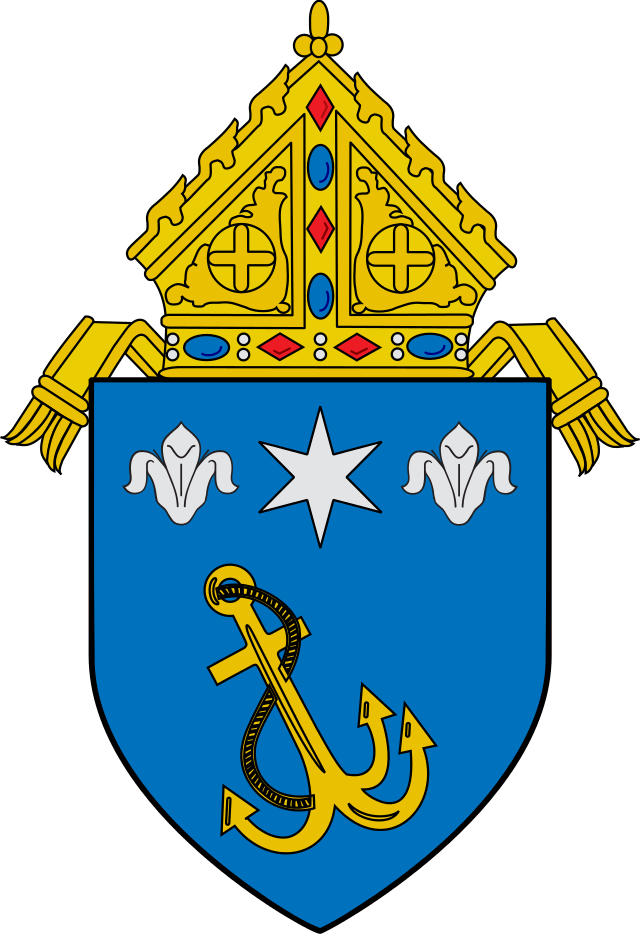 From The Catholic Anchor newspaper:

After five years of formation, six men are on the cusp of the moment when Anchorage Archbishop Roger Schwietz will lay his hands on their heads, invoke the Holy Spirit and ordain them permanent deacons for the service of the church. Family members, friends, priests, religious and fellow deacons are expected to pack Our Lady of Guadalupe Co-Cathedral on May 1 at 7 p.m. to witness the ordinations. The men: David Carey, Mark Merrill, Kevin Woodvine, Les Maiman, Bill Tunilla and Kurt Adler will serve the archbishop and his priests by preaching the Gospel, preparing the sacrifice on the altar and distributing the Body and Blood of Christ during Holy Communion. Additionally, the new deacons may preside over public prayer, baptize, witness marriages, bring Communion to the home-bound and conduct funeral rites throughout the archdiocese. They cannot, however, consecrate the Eucharist, hear confessions, ordain men to the priesthood or diaconate, anoint the sick or perform confirmations. Five of the men are married. As deacons, they are to remain faithfully married and are called to celibacy if their wife dies. David Carey, who is single, will make a vow to life-long celibacy. Deacon Mick Fornelli, who oversees deacon formation for the Anchorage Archdiocese said each of the men, upon ordination, will return to serve in their home parish for a minimum of two years. Additionally they will receive social service assignments, working in prisons, hospitals, with the homeless or in other ministries. He added that the new influx of deacons will help in an archdiocese that has a “tremendous shortage of ordained priests and deacons.” “The permanent deacons can assist throughout the archdiocese by presiding at communion services, providing instruction for the receipt of sacraments, presiding at the sacraments of baptism and marriages,” he said. With the new ordinations, the Archdiocese of Anchorage will have 14 deacons serving in active ministry, along with four retired deacons who serve as needed and two deacons from other dioceses who help in the Anchorage Archdiocese. The last group of permanent deacons — a group of six men — was ordained in 2009.

Read more—and keep these men in your prayers!