Is this a first?  I could be wrong, but I’m not aware of any other former U.S. congresmen ordained to the diaconate.

Bishop Joe Vásquez will ordain 11 men to the permanent diaconate April 13 at St. Margaret Mary Parish in Cedar Park. Permanent deacons serve the church in the three-fold ministry of word, liturgy and charity. They proclaim, preach and teach the Gospel; baptize infants and witness marriages; and conduct wake, funeral and Communion services. Men exploring the permanent diaconate must have strong faith, be at least 35 years of age, and feel called by God to serve the church. They and the church test this call through a process of discernment that continues throughout the five years of formation. Diaconal formation begins with a year of aspirancy, during which the men are evaluated for their potential to develop into bridges between Christ and his followers. Men are then invited into candidacy, a four-year period of intense prayer, rigorous study, pastoral ministry and ongoing evaluation. During candidacy, the men spend two Saturdays each month in the classroom, seeking to grow in four dimensions: human, spiritual, intellectual and pastoral. Their studies include theology, Scripture, church history, Christology, pastoral care, homiletics and canon law. Wives are vital to their husbands’ formation and are encouraged to attend all the classes too, as well as the annual retreat. The culmination of this formation program is receiving the sacrament of holy orders. When the bishop lays hands on each man, he prays, “May God who has begun the good work in you bring it to fulfillment.” Although deacons are assigned to parishes, where they are most visible to parishioners, they in fact report to the bishop and help him minister to the people of God throughout the diocese.

And then, amid the profiles of the candidates, there’s this: 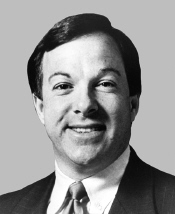 Describing himself as a devout Catholic in love with Christ all of his life, Mike Forbes considered whether God was calling him to the diaconate for more than 10 years during a successful career in public service. He held staff positions with the New York legislature and the U.S. Congress, and was elected to three terms in the House of Representatives. Since 2001, he has been president of his own advocacy, public relations and marketing firm. He and his wife, Barbara, are members of St. William Parish in Round Rock; they have two adult children and two children at home. Forbes credits the example of the four deacons is his parish with motivating him to begin a serious inquiry about formation. The “street retreats,” in which the candidates spent two days living on the streets with the homeless, and prison ministry were enlightening pastoral experiences. He remains open to ministering wherever God, through the bishop, calls.

n 1994, Forbes ran on three ballot lines for the House of Representatives: Republican, conservative, and right to life. He defeated incumbent George Hochbrueckner by six percentage points. Forbes got a seat on the powerful Appropriations committee, unusual for a freshman representative, due to his ties with new House SpeakerNewt Gingrich. In December 1996, Forbes announced he was not going to vote for Gingrich for speaker. Forbes voted for Rep. Jim Leach instead. Forbes supported the Clinton impeachment. On July 17, 1999, Forbes switched to the Democratic Party after chastising national Republicans for being “tone deaf” to the needs of average Americans. While embraced by President Bill Clinton, Democratic leader Dick Gephardt, Sen. Ted Kennedy, Sen. Max Cleland, and other Senate and House Democrats, New York’s liberal Democrats (particularly chairwoman Judith Hope) refused to welcome Forbes into the Democratic Party because he is a staunch pro-life advocate.

My prayers will be with all the men next Saturday.

UPDATE: An alert journalist from Wisconsin notes in an e-mail:

I wanted to pass along a tidbit about a recent post on your blog. It was a story about an upcoming ordination in Austin which will include a former congressman. You wondered aloud whether it was a first. It made me think back to a man I interviewed a few years ago. His name is Mike Blouin. He is a former member of Congress and a permanent deacon in Iowa. I interviewed him at a funeral I was covering for another former congressman (and Norbertine priest) Father Robert Cornell. The two served together in Congress in the 1970s.

Deacon Blouin was another pro-life Democrat.  You can read his bio here.