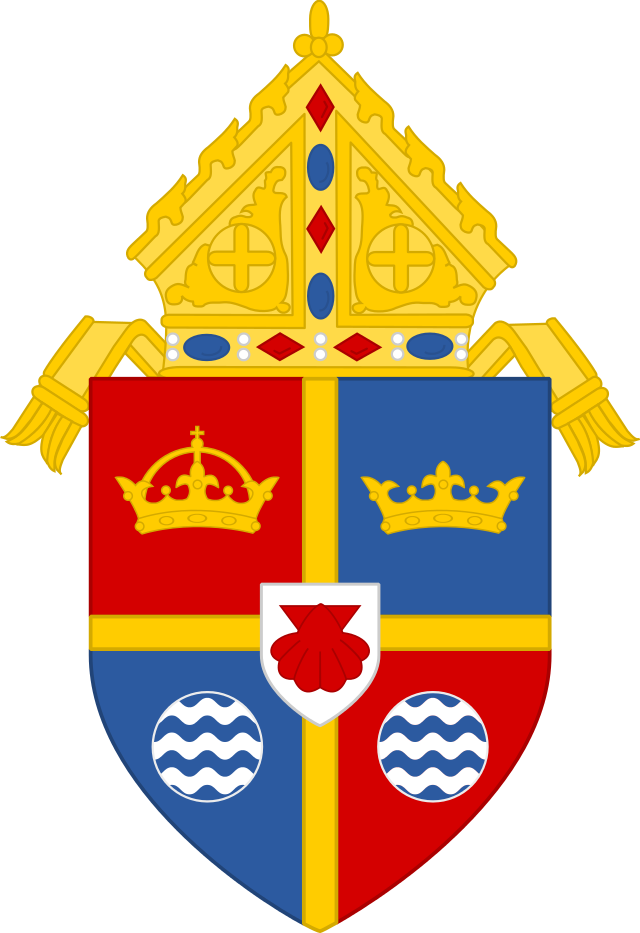 From the In My Backyard Desk, the following press release arrived in my mailbox this morning. One detail of note (which is unmentioned here): one of the new bishops, Fr. James Massa, often celebrates Mass in the Extraordinary Form. In fact, a few years ago, Bishop DiMarzio appointed him to coordinate the celebration of the liturgy in Latin. (You can read more about that here. Last year, Fr. Massa also assisted at a rare confirmation Mass celebrated in Latin.)

Pope Francis has appointed two priests of the Diocese of Brooklyn – the Very Reverend James Massa, 54, and the Reverend Canon Witold Mroziewski, 49 – as auxiliary bishops of Brooklyn. Archbishop Carlo Maria Viganò, Apostolic Nuncio to the United States, made the announcement public today in Washington, D.C. The Most Reverend Nicholas DiMarzio, Bishop of Brooklyn, will ordain the new bishops at a Mass of Episcopal Ordination to be celebrated at the Co-Cathedral of Saint Joseph on July 20, 2015 at 2 p.m. “These two men represent the very best of the Diocese. One is a parish priest who at heart is a missionary pouring himself out for others. The other is a teacher but in fact very much a father to the young men of our diocese and beyond who are studying to be priests,” said Bishop DiMarzio. “I am deeply appreciative to these men for their tireless efforts. Bishop-elect Massa and Bishop-elect Mroziewski are men of faith who daily communicate the great joy of the Gospel. Each has taken on incredibly challenging tasks and not simply excelled but did so in a way that has demonstrated outstanding leadership and personal holiness.” The Very Reverend James Massa was born in Jersey City, New Jersey, to the late Andrew and Irene Gilbert Massa. He attended Boston College and graduated with a Bachelor’s in Theology and History in 1982. In 1985, he earned a Master’s of Divinity Degree from Yale University, and in 1997, a Ph.D. in Systematic Theology from Fordham University, where he wrote his dissertation under the late Cardinal Avery Dulles. The late Bishop Francis J. Mugavero ordained Father Massa a priest of the Diocese of Brooklyn on October 25, 1986. His first assignment was as a Parochial Vicar at Our Lady Queen of Martyrs in the Forest Hills section of Queens (1986-1990). He went on to serve as Campus Minister at Queens College (1990-1993) and in a number of positions at seminaries and universities as an Associate Professor of Theology. In 2005, he was appointed the Executive Director of the United States Conference of Catholic Bishop’s Secretariat for Ecumenical and Interreligious Dialogue. In 2008, he was appointed by Pope Benedict XVI a Consultor to the Pontifical Council for Interreligious Dialogue and a Member of the Joint Working Group between the Holy See and the World Council of Churches. Father Massa returned to the Diocese of Brooklyn in 2011 and coordinated the merger of the Theologates for the Archdiocese of New York, the Diocese of Rockville Centre and the Diocese of Brooklyn. In 2012, he was appointed Associate Professor of Dogmatic Theology and Director of Assessment and Accreditation at Saint Joseph’s Seminary, Dunwoodie. Since 2014, he has served as the Moderator of the Curia in the Diocese of Brooklyn. “I receive this news of my appointment with gratitude to the Holy Father, who exemplifies in all he does ‘the joy of the Gospel,’” said Bishop-elect Massa. “Aware of my own inadequacies and fears, I place all my confidence in Jesus, whose love never fails us on the journey of faith.” The Reverend Canon Witold Mroziewski was born on March 25, 1966, to Waclawa Jablonska and the late Jan Edmund Mroziewski in Augustow, Poland. He earned a Masters in Theology from the Catholic University in Lublin, Poland, in 1991. He returned to K.U.L., Poland, and earned a Masters in Canon Law (2001) and Juris Canon Lawyer (Doctoral 2003). Bishop Juliusz Paetz ordained Father Mroziewski a priest at the Cathedral of Lomza on June 29, 1991. He served as a Parochial Vicar in the parish of Kadzidlo. In 1992, he was sent for pastoral service in Brooklyn to minister to Polish ex-patriots. He served as Parochial Vicar of Our Lady of Czestochowa-Saint Casmir (1993-2000) and served as Pastor of this parish from (2000-2013). He now serves as Pastor of Holy Cross Parish (2013-present). He is also Associate Promoter of Justice for Criminal Cases and the Defender of the Bond on the Diocesan Tribunal. Reacting to the news of his appointment, Bishop-elect Mroziewski said, “I was told by the Apostolic Nuncio that I was appointed by His Holiness Pope Francis an auxiliary bishop to the Diocese of Brooklyn. At that time, I was shocked to the point of not saying anything. Soon, it came to my senses and my conscience what grace and honor I had received. First of all, I give my humble thanks to His Holiness Pope Francis for selecting me and including me in the College of Bishops. My gratitude goes out to our diocesan bishop, Most Reverend Nicholas DiMarzio, for his trust in me, and his great example of dedication to apostolic service. Thank you to all the bishops of our diocese, to our wonderful priests, religious and laity for their warm welcome given to me over twenty years ago when I came to continue my pastoral duties as a priest. Because of their constant openness, sincere collaboration, spiritual support and great gift of fraternity, this place became my home. I would like to offer everything I received from God with my service to Bishop DiMarzio and to all my brothers and sisters in Brooklyn and Queens as well as the Universal Church,” said Bishop-elect Mroziewski. As auxiliary bishops, they will join the Most Reverend Raymond Chappetto, Vicar General, the Most Reverend Octavio Cisneros and the Most Reverend Paul Sanchez in assisting Bishop DiMarzio to serve the sacramental, spiritual and pastoral needs of the 1.5 million multi-cultural Catholics who reside in Brooklyn and Queens.

Fr. Massa, as the release notes, served his first assignment at my parish in Forest Hills. This is wonderful and rewarding news for the folks at the parish—many of whom have warm memories of the newly ordained priest who, back then, still had hair. Congratulations!