Alex Salinas is 21 years old. He was assigned female at birth, but is now living as his authentic self as a man. He is a “firm believer” and wants to be a godparent at his nephew’s baptism but the diocese of Cadiz and Ceuta is standing in his way. According to them, he is not a “suitable” person because of the life he leads, a life not “congruent with faith.” 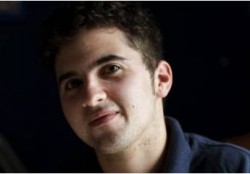 However, they do not find their argument to be discriminatory.The diocese says that. in responding to the petition they received from Salinas to be a godparent at the baptism, the priest maintained a “cordial conversation” with him, indicating that he must fulfill the requisites stated in the Code of Canon Law which requires that any godfather or godmother at a baptism “be Catholic, be confirmed, have received the holy sacrament of the Eucharist and, at the same time, live a life congruent with faith and the mission they are assuming.” The statement insists that in the “long chat that protected the feelings of the applicant, the priest encouraged him to live congruently with faith” and that, despite not being a godparent at the baptism, he could participate in some way as a “spiritual godparent,” and able to encourage and help his nephew in his life of faith. The Code of Canon Law makes it clear that it is the priest or the minister of sacrament who enforces the law and even “dissuade those who do not measure up for different reasons, for the good of the baptized, because the godparent must watch over the development of faith in the baptized and must walk with him so he might learn at his side the fundamental doctrine and morals of Christian faith.” “To the church, I am still a woman, even though my documents of identification have changed,” explained Alex Salinas, who wants the diocese to reconsider their decision, which he took “as a kick in the stomach” because he is a “firm believer.”

I expect that the Jennerian brave new world we now live in will bring forth more situations like this.

For those who are wondering: while there is no definitive Magesterial teaching on the subject of transgenderism, the catechism offers this, in a discussion about an unrelated topic, torture:

Except when performed for strictly therapeutic medical reasons, directly intended amputations, mutilations, and sterilizations performed on innocent persons are against the moral law.

On a hunch, I suspect most advocates would probably argue that surgery to change gender is done for “strictly therapeutic medical reasons.”

Whether it’s a legitimate medical reason is something else.

The subject, you may recall, received some attention earlier this year, when Pope Francis met with a transgendered manand his partner:

Catholic teaching considers gender “reassignment” an impossibility and a violation of the Creator’s intention. Pope Francis himself has criticized fluid notions of gender. During his in-air interview on January 19, the pope called the imposition of “gender theory” a form of “ideological colonization.” Also, last year, Austrian Bishop Andreas Laun related that in a meeting with the pope, Francis condemned “gender ideology” as “demonic.”