Dustin’s legacy: “He changed so many lives” 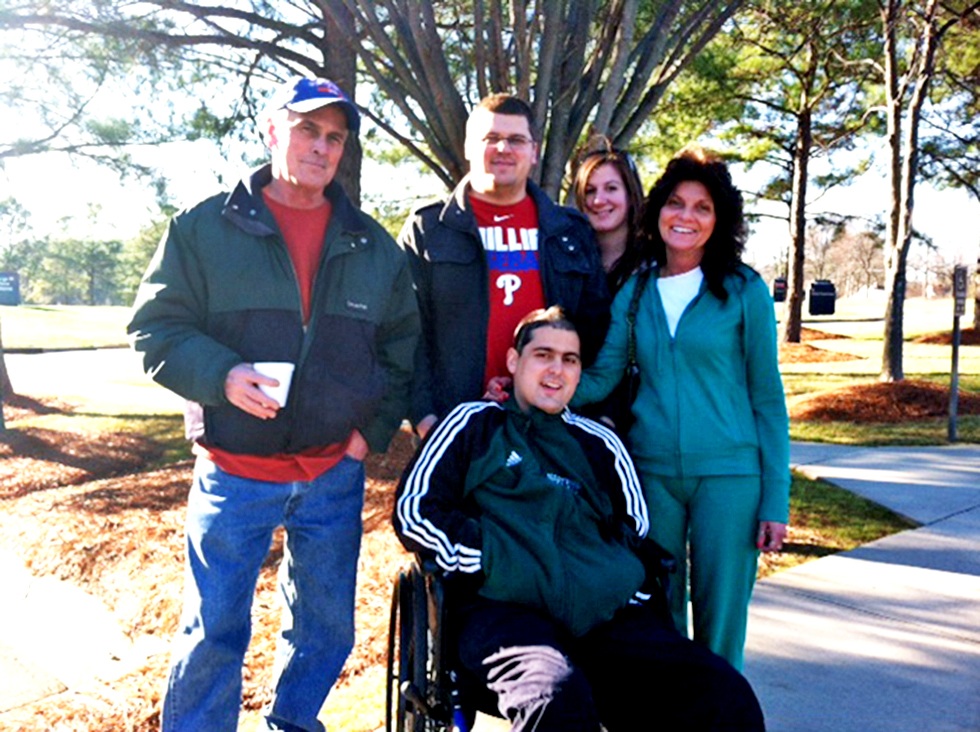 You may remember this story about a young man named Dustin Rhodesbattling brain cancer.

The reporter who wrote that piece, Teresa McMinn, now has this update:

Dustin Rhodes and his high school sweetheart Rebecca used to train together for York Catholic’s cross country teams. Frequently, practice for meets included a run up the incline near Mount Rose Cemetery. On Monday, the top of that hill will mark the final resting place for Dustin Rhodes, who died on Wednesday at age 29. “It’s the perfect place for him,” said Rebecca Rhodes, her voice shaking as she tried to hold back tears. “It has a lot of meaning.” In January, Dustin Rhodes underwent neurosurgery shortly after he was diagnosed with glioblastoma multiforme — an aggressive, malignant brain tumor. While he knew his prognosis was poor, he never questioned the reason for his illness. Instead, he often said, “God is good.” After high school, Dustin Rhodes, a Dallastown native and salutatorian of his York Catholic High School 2002 graduating class, and Rebecca (Russo) Rhodes married. They lived in Florida where Dustin Rhodes worked as an attorney for the state’s First District Court of Appeal. Last year, the couple had a son, Michael. n his free time, Dustin Rhodes trained to run ultra-marathons and volunteered to help others. “He didn’t think he was anybody special,” Rebecca Rhodes said. “But he changed so many lives.”

Prayer for this evening
Top 10
1
J-P Mauro
Hear Clapton and Pavarotti sing a prayer to the “Holy Mothe...
2
I.Media for Aleteia
These 30 shrines will lead the Rosary Relay for end of the pandem...
3
Cerith Gardiner
7 Ways to strengthen your relationship with the Virgin Mary
4
J-P Mauro
Watch the blood of St. Januarius liquefy in May 2021
5
Sarah Robsdottir
Dad’s priceless reaction to newborn goes viral
6
Francisco Veneto
Former Jehovah’s Witness to be ordained Catholic priest in ...
7
Philip Kosloski
How to pray the Chaplet of St. Joseph
See More