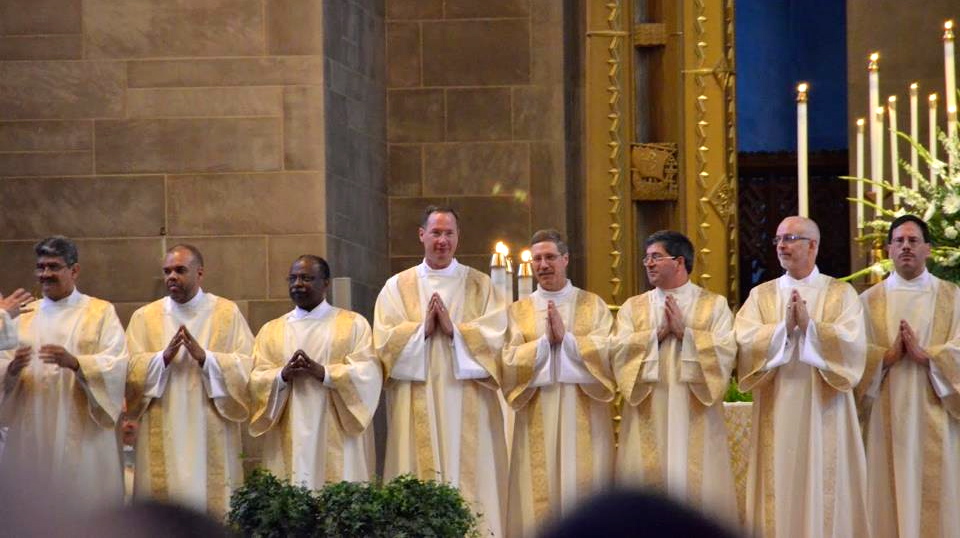 A shout-out to my friend Deacon Sean Keller, who received the sacrament of Holy Orders yesterday along with 15 other men in the Archdiocese of Baltimore in my beautiful home state of Maryland. (The pictures here are cribbed from the good deacon’s Facebook page. He’s the tall one. He will be an invaluable gift to the people of God, especially when it comes to changing lightbulbs.)

A write-up about the deacons from a recent issue of the Catholic Review:

All but one is married. They include an electrical engineer, fiscal management analyst, science professor and museum executive director. The deacon candidates completed a one-year aspirancy program, followed by three years of human, spiritual, intellectual and pastoral formation. The academic theological program was taught primarily by faculty from St. Mary’s Seminary and University in Roland Park, with deacons taking courses in subjects including Scripture, church history, Catholic social teaching, canon law, morality and homiletics. As part of their formation, the candidates served one year at a parish and one year in an institution, such as a hospital or prison. A deacon receives the sacrament of holy orders and becomes a member of the clergy. A deacon’s regular duties include proclaiming the Gospel at Mass and delivering homilies. In addition, he administers the sacrament of baptism and witnesses marriages. A deacon may also preside at rites of Christian burial, at eucharistic exposition and Benediction, the celebration of the Liturgy of the Hours and other liturgical rites. Deacons also are active in Christian outreach – ministering in a variety of roles, including within parishes, charitable agencies, hospitals and prisons. “It’s a big commitment for the family to make,” said Father Patrick Carrion, director of deacon formation and pastor of the Catholic Community of South Baltimore. “Once he’s ordained, there is this life of service. Because they work in so many different fields, they’re able to evangelize in different ways than a priest.”

Read more, including biographies of the men at the link.

I hope to post a fuller report on the ordination later in the week. 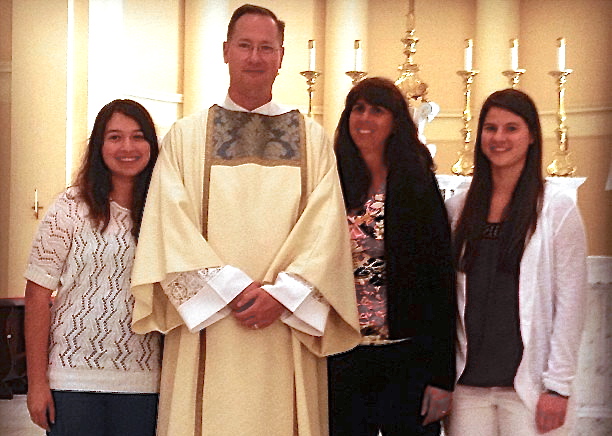