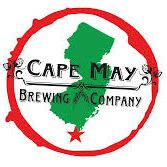 A New Jersey brewery is releasing a limited edition beer to commemorate Pope Francis’ visit to Philadelphia next month.

Cape May Brewing Co. co-owner Ryan Krill says his company is brewing 500 gallons of YOPO, or “You Only Pope Once.” The pope-inspired beer is a hoppy pale ale with 5.5 percent alcohol content and will only be available on draft. Sales representative Justin Vitti says the beer pairs well with a nice cut of Argentinean beef — calling to mind Francis’ home country.

According to The Press of Atlantic City:

“It has to be tasteful and fun,” said Krill, who with co-owner Chris Henke graduated from Villanova University in 2005. “It’s a great thing he’s coming to Philadelphia.”


Krill hopes the beer will be popular but is unsure what type of reception it will get when it comes out Sept. 21.

“It tastes amazing. If anything the beer is delicious,” he said.

Read more. The curious can check out the brewer’s website, too.