Great moments in journalism: attack on a woman becomes an attack on “women priests”—UPDATED

The story is horrible:

The man who attacked and seriously burned a Queens woman Wednesday night — splashing her in the face with a Drano-like substance — snuck up and ambushed her as she walked alone to her car, law-enforcement sources said. 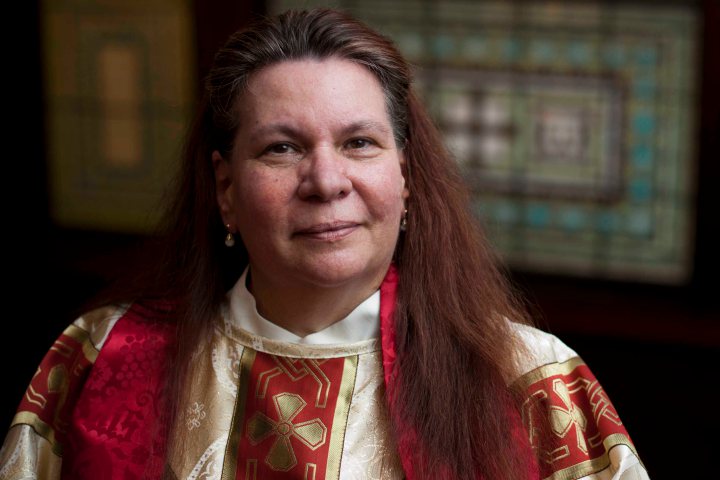 “Can I ask you something?” the assailant said, before hurling an off-brand drain cleaner in the face of Dr. Alexandra Dyer, an ordained priest who has devoted her life to helping others. The 59-year-old St. Albans resident had just left the Healing Arts Initiative at 33-02 Skillman Avenue in Long Island City when the man, who is believed to be in his 30s, approached her around 5:35 p.m and tossed the liquid from a coffee cup, sources said. With her face severely burned, Dyer hopped in her car and took off — but she only got about 200 feet before the pain proved to be to much for her to bear and forced her to stop. Moments later, a passer-by heard her screaming inside the vehicle and dialed 911, sources said.

By all accounts, Dr. Dyer is a remarkable woman—compassionate, kind, hard-working, devoted to her flock.

But that wasn’t enough for The New York Post reporters, who felt there must be more. And so, out of nowhere, we find ourselves reading this:

[Spokesperson for Roman Catholic Women Priests] Jennifer O’Malley feels that all the good work in the world can’t change the horrible fact that some people can’t stomach seeing a woman in the priesthood. “There’s certainly people that are very orthodox Catholics that are certainly unhappy with what we’re doing,” she said. “We are breaking Canon Law 1024, which says only a baptized male can be a priest.” Rather than go along with the church, though, O’Malley says the Womenpriests movement believes the law is oppressive and deserves to be abolished.

There is nothing, nothing at all, in the crime described here to indicate the ambush had anything to do with the fact that Dr. Dyer is a “woman priest.”

There is nothing to indicate the attack was carried out by a “very orthodox Catholic…unhappy with what we’re doing.”

Where did that come from? Furthermore, the quote from Jennifer O’Malley is followed by a lengthy screed, defending the ordination of women.

It’s entirely possible this was some sort of hate crime—but there is just no evidence here to show it had anything to do with her functioning as a Catholic “woman priest.”  Yet the New York Post evidently feels there must be a connection; it’s the narrative they’d like to see unfold, it sounds good, it paints the victim as someone doubly victimized—once by her attacker, and then by the Catholic Church. So they are pushing it for all it’s worth.

Unless The Post knows something we don’t—and for some reason isn’t reporting it—this is slipshod, agenda-driven journalism.  It’s speculation masquerading as fact.

Whatever happened to Dr. Dyer, for whatever reason, above all right now she needs prayers. This was not a robbery or a mugging; this was a vicious, disfiguring assault.

Pray, too, for her attacker. Pray for all those who love her.

Finally, let us pray that justice will be served—and that the truth will be told.

You can read more about Dr. Dyer’s background—she’s also a licensed real estate broker and is executive director of the Queens Historical Society—here.

UPDATE: Despite the earlier quotes in the Post, Jennifer O’Malley put things differently when she spoke with the National Catholic Reporter today:

A spokeswoman for Roman Catholic Womenpriests said that, as of Aug. 21, there is little reason to believe that Dyer was the victim of a theological hate crime. “There is no information that we have that it was related to her being a priest,” Jennifer O’Malley, president of the Womenpriests board, told the National Catholic Reporter. Dyer served in ministry to the homeless and to those with HIV/AIDS and was ordained by the group in 2014. O’Malley said that, while members of her organization occasionally receive angry emails and phone calls objecting to their theological support for women’s ordination in the Catholic Church, she knows of no physical assaults. The group has been ordaining women since 2002, in defiance of papal teaching reserving ordination exclusively to men.

UPDATE II: My blog neighbor Larry D has this observation:

Where’s the mercy and forgiveness towards the attacker? I thought the RCWP were all about being merciful and accepting and compassionate and stuff. It certainly would have been the more appropriate response. O’Malley had the perfect chance to say something along the lines of “We are hopeful for Dyer’s complete and full recovery, and we want her attacker to know that, while we seek justice for his crime, we do forgive him for what he has done, because that is what Christ taught us – love our enemies, and forgive those who persecute us.” Unfortunately, O’Malley chose not to take the Christ-like approach. Didn’t fit the template. This tragic attack became an opportunity to bash the institutional Church and the evil, misogynistic hierarchy. Which goes to show that these “women priests” won’t become true spiritual leaders as long as they continue to cast themselves as perpetual victims.