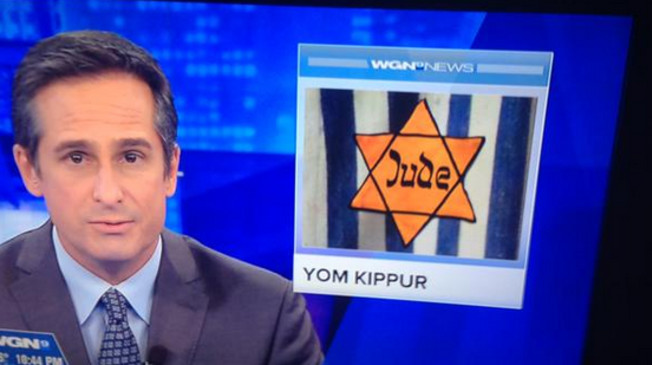 A Chicago television news station made a truly unfortunate art choice to accompany a segment on the Jewish High Holidays on Wednesday: the yellow Star of David that Jews were legally required to wear during the Holocaust.

The stock photo was first flagged by a Chicago editor, who posted a screenshot of the WGN news broadcast online. The station responded to apologize for the art choice about 30 minutes later, and said in a tweet the image was “inadvertently” used.

N.B.: This is not a tiny station in a middling market. This is one of the biggest, most watched TV stations in one of the premiere television markets in America.  This is beyond stupid.