No, this news isn’t from The Onion.

It turns out that very soon, men really will be buying the magazine for the articles.

Via The New York Times:

Last month, Cory Jones, a top editor at Playboy, went to see its founder Hugh Hefner at the Playboy Mansion.

In a wood-paneled dining room, with Picasso and de Kooning prints on the walls, Mr. Jones nervously presented a radical suggestion: the magazine, a leader of the revolution that helped take sex in America from furtive to ubiquitous, should stop publishing images of naked women. 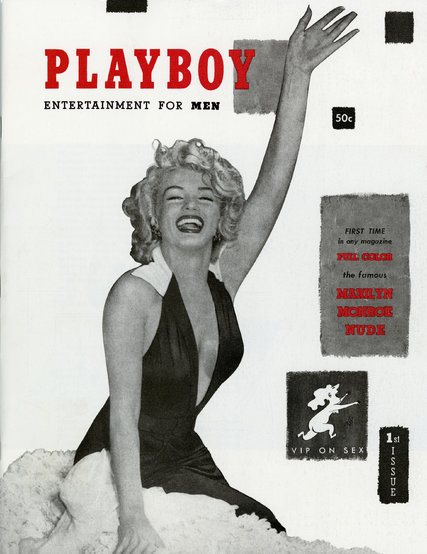 Mr. Hefner, now 89, but still listed as editor in chief, agreed. As part of a redesign that will be unveiled next March, the print edition of Playboy will still feature women in provocative poses. But they will no longer be fully nude.

Its executives admit that Playboy has been overtaken by the changes it pioneered. “That battle has been fought and won,” said Scott Flanders, the company’s chief executive. “You’re now one click away from every sex act imaginable for free. And so it’s just passé at this juncture.”

For a generation of American men, reading Playboy was a cultural rite, an illicit thrill consumed by flashlight. Now every teenage boy has an Internet-connected phone instead. Pornographic magazines, even those as storied as Playboy, have lost their shock value, their commercial value and their cultural relevance.

Playboy’s circulation has dropped from 5.6 million in 1975 to about 800,000 now, according to the Alliance for Audited Media. Many of the magazines that followed it have disappeared. Though detailed figures are not kept for adult magazines, many of those that remain exist in severely diminished form, available mostly in specialist stores. Penthouse, perhaps the most famous Playboy competitor, responded to the threat from digital pornography by turning even more explicit. It never recovered.

Previous efforts to revamp Playboy, as recently as three years ago, have never quite stuck. And those who have accused it of exploiting women are unlikely to be assuaged by a modest cover-up. But, according to its own research, Playboy’s logo is one of the most recognizable in the world, along with those of Apple and Nike. This time, as the magazine seeks to compete with younger outlets like Vice, Mr. Flanders said, it sought to answer a key question: “if you take nudity out, what’s left?”