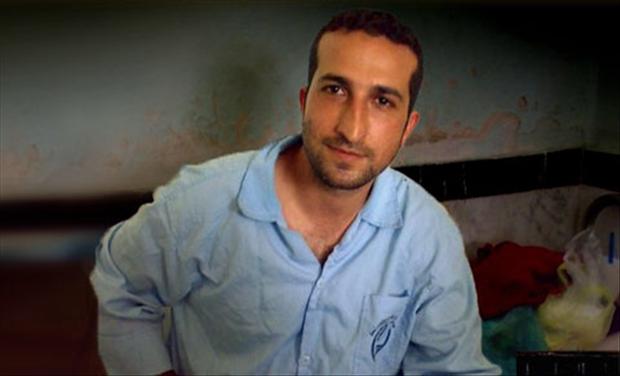 Last month, the Wall Street Journal took note of something most people may not be aware of.  It reminded the world of the story of Christian pastor Youcef Nadarkhani.

Nadarkhani was born in Iran 35 years ago.  His family was Muslim but, at a young age, he converted to Christianity.  He eventually married, had a family, and became a pastor of a series of small evangelical churches in Iran.  In October of 2009, he launched a protest against a law requiring that all Iranian students study the Koran.  For this, he was arrested and charged with what in Iran is an unforgivable crime: renouncing the Muslim faith.  According to Amnesty International, Nadarkhani has been offered leniency if he will recant his Christianity.  He has refused.  As of today, nearly three years later, he is still in jail, still refusing to deny his faith.

For doing that, he has been sentenced to death. According to Iranian law, he could be executed by hanging.

While international human rights groups have been lobbying for his release, his story has gone largely unreported in the mainstream press.  I mention it here and now because I think it throws into stark relief one of the critical questions of the gospel —one that Youcef Nadarkhani answers with every breath he takes.

“Master,” the reply comes back, “to whom shall we go?”

Looking at this episode in John’s gospel, you realize how deeply it resonates with all of us.

This is a question that wasn’t just asked two thousand years ago on the shores of the Sea of Galilee.

This is the great question of our time.

It is the great question of our lives – yours and mine.

It is the question Christ asks today — his challenge to a broken and sinful world that strains against the gospel again and again. A world that questions and even defies it. A world that keeps saying:

“This is too hard. Who can accept it?”

All you have to do is scan the headlines and you know what I’m talking about. It’s there in a host of social issues – from health care to abortion to marriage. We live in a time when so much of what the Church teaches – much of what we have held true for two millennia – is greeted with hostility, scorn or, at times, even derision. The world so often takes the gospel as being too hard.  G.K. Chesterton put it so well: Christianity has not been tried and found wanting; it has been found difficult and not tried.

And every day, God asks us:

And every day, we answer Him. With our lives. With our choices. With the way we go into the world.

Every day is a choice between what is right…and what feels right.

Between our will…and God’s.

The choice is ours.

I’m sure all of us here can tell stories of people we know who have left. They’ve quit the Church or — for one reason or another — just drifted away from God.

The gospel today doesn’t tell us if any of the people who drifted away from Christ eventually returned – if they had second thoughts.

As the Prodigal Son discovered, the road that leads away from the Father…also leads back.

And leaving, after all, is only one pivot step from returning.

Maybe you or someone you love has been away from the faith. Maybe you’re coming back for another look.

Be assured, and hold onto this truth: even though we may walk away from God, He never walks away from us.

He is here, waiting.

Peter himself turned away from Christ during his darkest hour – out of fear, or confusion, or simple human cowardice.

And look at what happened.

Peter remembered Christ’s own prediction of that hour.

Maybe he also recalled that afternoon in Galilee —the great question facing each of us here and now, in this time of choosing.

This day, pray for all who doubt and who are tempted to walk away.

And pray, in a special way, for those who suffer because they stay.

Pray for Youcef Nadarkhani and the thousands of others like him.  Christian discrimination and persecution is one of the great untold stories of our time.  It is unfolding not only in Iran, but in Egypt and China and Pakistan and countless places around the world.  It is a story of injustice.  And suffering.  And fear.

But it is also a story of unwavering love.  And unbending faith.

It is a faith that speaks of heroism and holiness, and that stands as a challenge not only to a disbelieving world but as a challenge to each of us.  We need to stand in solidarity with all the Youcef Nadarkhanis of the world.  We need to live our lives so that they affirm what he stands for, and thus echo that great testament of fidelity spoken two thousand years ago.  This is the only answer we can offer:

“To whom shall we go?  You have the words of eternal life.”