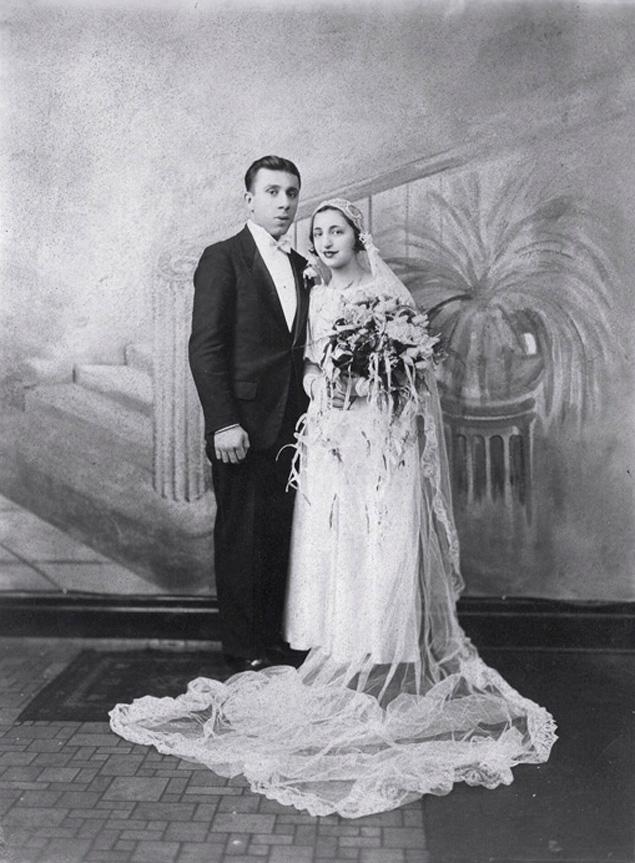 For the last 24 hours or so, besides being buried in snow, we were buried in news about the snow. Weathermen were breathlessly tracking the storm. Among the things they liked to talk about were OTHER storms—blizzards that had blitzed New York in the last century.

One of them was the Blizzard of 1935. Across two days in late January of that year, nearly 18 inches of snow fell in a storm that stretched from the Gulf Coast all the way up to Maine.

For John and Ann Betar, in Connecticut, it was the first major storm in their life together. It wouldn’t be the last. The Betars were married two years earlier, in November of 1932. John worked as a fruit peddler and Ann’s parents had planned for her to marry someone else. But they defied her parents and eloped.

Defying the odds…their marriage endured. Three months ago, they celebrated their 80th wedding anniversary. John is 101 and Ann is 97. They have five children, 14 grandchildren and 16 great grandchildren. They still live in the home where they raised their children near Fairfield. And while we are watching the effects of this historic storm on the news and in our driveways, to John and Ann Betar, it is almost routine. I looked up the records from the US weather service. Across 80 years, they have lived through 17 massive storms.

And those are just the ones involving wind and snow.

There were other storms: the Depression, a World War, recessions, personal struggles, the ups and downs that are part of every life, every marriage. But as one of their daughters put it: “They were going against the odds…but when you make the choice they made, there is no other way but love.”

Last week, the Betars were honored by the Worldwide Marriage Encounter—the Catholic organization which marks this particular Sunday, the Sunday before Valentine’s Day, as World Marriage Day.

In the spirit of that day, and with a nod to the gospel we just heard, I think it’s safe to say that John and Ann Betar “put out into the deep.”They understand: that’s where you find a good catch.

And if you want to hold onto that catch, be prepared to work at it. The gospel tells us that the fishermen struggled with what they caught. They had to fight to hold onto it. In the end, Peter was so overwhelmed, it brought him to his knees before the Lord.

It is that way with fishing. It can be that way, too, with marriage.

Every year when I preach about World Marriage Day, I ask my wife what she thinks I should preach about. We will be marking our 27th wedding anniversary this spring—a few years behind the Betars—so I figure she qualifies as an expert. Is there any special wisdom she’d like me to impart? Siobhain’s answer is always the same: “Tell people to pray.”
That tells you all you need to know about how she has survived being married to me.

It is an ongoing prayer of praise, a psalm of thanksgiving. It is a petition. Sometimes, it is a plea.

Sometimes it’s, “Please God, keep me from killing this person I’m married to. Please God make those socks get up off the floor and walk themselves into the hamper. Please God, I hope he doesn’t order the chili.”

But more often, the prayer is something much simpler.

Thank you, God, for giving me another person to share my life with.

God, be with us on our journey.

Every day in marriage is a journey. We leave the shore, and put out into the deep. We head into uncharted waters—adjusting the sails, scanning the skies, following currents of commitment, and sacrifice, and love, no matter how high the waves or how fierce the wind.

And Siobhain is right: it helps, believe me, to pray. And to pray together.

Several years ago, my wife and I got into the practice of praying together every night. We pray for one another, for various intentions, for people we know who are in need. And we conclude with my father’s favorite prayer, the “Memorare” and then with the “Our Father.” That prayer, the Lord’s Prayer, may be the best marriage manual I know.

Father, it asks, Thy will be done.

Forgive us as we forgive each other.

Lead us not into temptation.

A deep empathy for one another.

A deep desire —as the marriage rite puts it—to give and to forgive.

A deep commitment to be more closely united, truly, as one heart, one mind, one flesh.

Married life has never been easy, especially today. I think we all know that. As we prepare to receive the Eucharist at this Mass, we pray for those married couples gathered around the Lord’s table. Pray for marriages facing their own storms.

And we pray, in a special way, for grace. Marriage is a sacrament— “an outward sign instituted by Christ that gives grace.” In marriage, that means the grace to endure together, to hope together, to sacrifice together, to bear life’s storms together. Every couple that has received that sacrament shares in that grace. Pray that we all share
it more generously with one another.

Last week, in an interview, John and Ann Betar said there was no one secret to a long and happy marriage. But John summed up his own marriage this way:

“We just live with contentment and we don’t live beyond our means,” he said. And he added some wisdom that has served them well.

In other words: have faith to go where the tide takes you.

And don’t be afraid to put out into the deep.