His name was Andrew Horton. Chances are, most New Yorkers would never have heard of him. But he gained some attention a couple of weeks ago for the tragic way in which he died. 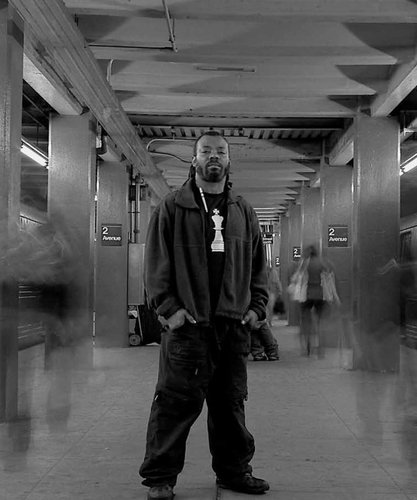 Firefighters discovered his body in the rubble of a subway tunnel fire near Lexington and 63rd in early February. They quickly learned his identity — that he was 43 years old, had grown up in a series of foster homes, and had spent most of his life living underground.

Friends described him as a gentle soul, but one who was never able to find his place in the world above ground. He’d battled addiction, and had been arrested a number of times. He had tried living with friends in New York City, but he preferred life in the tunnels, carving out a small space for himself: two rooms in the dark where he was able to keep his things. But Andrew Horton wasn’t just a vagabond, or a vagrant. He was an artist and a writer. Tucked among his things, authorities found a manuscript for a graphic novel called “Pitch Black,” which had been published four years ago. It described his life underground, and some of what he had learned. They were simple rules for the life he led. Rules like:

Always carry a light. Anything you need can be found in the garbage. Always have more than one spot. And: always have a way out that is different from the way in.

Reflecting on the life of Andrew Horton the other day, I realized: that last piece of advice could also be one of the lessons contained in this Sunday’s gospel.

The story of the paralytic being cured is the story of a man who was so utterly transformed by his encounter with Christ that he had to leave by a different way. He met Jesus in an act of desperation – utterly dependent on his friends, who lowered through the roof. It was difficult, and risky. But he was rewarded for his audacity and his risk. He was able to get up and walk out the front door, like anyone else, completely on his own.

His way out was different from his way in. 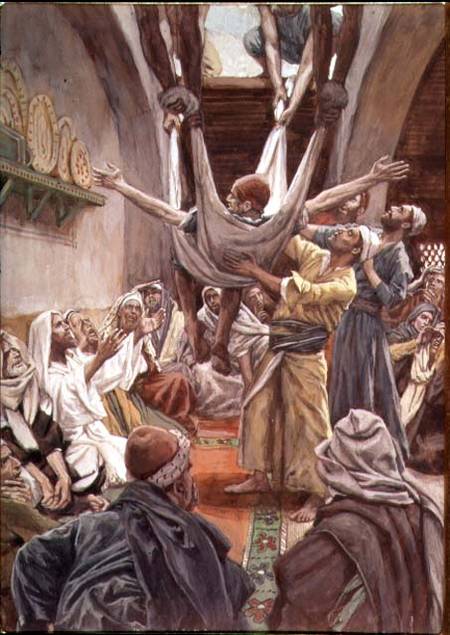 And so it is, I think, with all of us. We all come to Christ with our own limitations. Our own paralysis. Things that have left us crippled. It might not be a physical disease. It might be fear. Dependency. Anger. Maybe it is the cycle of bad habits that we simply refuse to break — or habits that try to break us. But so often, they can leave us paralyzed, unable to move. We remain captives of our own frailty, our own brokenness, our own weakness. We so often go through life hobbled by sin.

And: he makes it possible for us to leave by a different way.

It is something for us to remember. Especially now. This Sunday, we stand at the threshold of Lent. In just three days, we will mark Ash Wednesday. And, Ash Wednesday, of course, will mark us. We will begin our annual 40-day journey of repentance, and prayer, and sacrifice. A lot of us will give up something, maybe chocolate or meat or television. But the point of it all will be to change. To grow in holiness. To draw nearer to God. To be better at the end of Lent than we were at the beginning.

We should approach Lent guided by what you might call the Andrew Horton principle: to have a way out that is different from the way in.

That way is one of prayer. Reflection. Generosity toward others, especially the poor. It is a way marked by a commitment to build our lives anew – literally, out of the ashes.

That ash we receive reminds us that we are dust. It tells us that what we are in this world, in this life, is impermanent. That our time here is limited.

These are just some of the questions to answer in the weeks to come.

Seeking to rise and walk.

Look to this coming season with hope, and with trust. Remember the wisdom of a homeless man named Andrew Horton – and the lesson of nameless paralytic in the gospel.

The way we enter Lent doesn’t have to be the way we leave.