“What are you looking for?”

That question at the heart of the gospel is one that some of us need a lifetime to answer.  And the answer can change.  Some of us are looking for a good job, a spouse, a family, a fulfilling career.  Some of us may be looking for the meaning of life.

And some of us may not realize what we were looking for until we actually find it, and suddenly life makes sense.

Take, for example, a woman by the name of Marilyn Rich.

Marilyn Rich was born in a small town in Ohio, and grew up attending Catholic school. Her family wasn’t particularly devout.  Her parents made sure the kids got to church on Sunday, but they rarely went themselves.  Marilyn’s mother, in fact, was an alcoholic.

By the time Marilyn was in high school, she was headed down the same path.  She soon drifted away from church.  After graduating high school, she landed a job with the U.S. Foreign Service, where she worked as a secretary – a job that took her to different countries and gave her many opportunities to travel and, almost literally, to drink her way around the world.

But when she was in her mid-30s, it all caught up with her.  She hit rock bottom.  At 36, Marilyn Rich was herself an alcoholic, and she and ended up in rehab.  During that time, she began to reconsider, seriously, her faith – where she had gone wrong, the choices she had made.  Eventually, she found the courage to go to confession.  The words she heard from the priest that day gave her tremendous hope, and helped her realize she was not beyond redemption.  He repeated the words Jesus spoke to the thief beside him on the cross: “This day, you will be with me in paradise.”

The message was clear:  no one is beyond the reach of God.

And so it was that Marilyn Rich returned to the church.  While working for the State Department in Washington, she began attending Mass every Sunday.  But something kept drawing her back.  She started going to Mass every day.  She felt like she couldn’t get enough.  She volunteered at her parish, and became an Extraordinary Minister of Holy Communion. It was while she was doing work at the parish that Marilyn saw something that radically changed her world: it was an ad for a Carmelite Monastery in Sioux City, Iowa.

One thing led to another.   She prayed.  She discerned.  She doubted.  She wondered.  She explored.

And in 1991, at the age of 43, Marilyn Rich – the lapsed laywoman, recovering alcoholic, one time secretary for the State Department – became a Carmelite nun.

20 years later, just last year, she was elected prioress of her monastery.

Today, Marilyn Rich is known as Mother Joseph of Jesus.

“To me,” she says, “it is a miracle that God chose me.” Looking back on her life, she says, “I think of how God’s grace was at work.  One of the steps of AA is that you make the decision to turn your will and life over to the care of God.  That is what I did.”

Her story stands as a testament, I think, to trust – the need, at some point, to surrender ourselves to God, to let Him take the wheel and steer us where He wants us to go.

As we just heard in Paul’s letter to the Corinthians: “You are not your own. You have been purchased at a price.”

Whether we know it or not, whether we accept it or not, there is a part of us that desires to do the will of The One who made us. And so He calls to us.  It can happen in the most unlikely of ways. In the gospel, it happened as Jesus walked by and he asked the blunt question: “What are you looking for?”

In the Old Testament reading, it’s even more surprising: God called to Samuel while he was sleeping.

How many of us does God call – but we don’t know it, we aren’t ready for it, because we are, somehow, asleep?

On average, we spend a third of our lives sleeping – about 25 years.

But some of us, even when we are wide awake, are asleep.  Maybe we’re sleepwalking through life, clouded by indifference or distractions or sin.  Maybe we’re worried about just making ends meet or getting ahead. Maybe, like Marilyn Rich, we are lost in a fog of addiction.   Too many of us live in the dark.  Slumbering.

But then God gives us His own wake up call.

And we are awakened to our own possibility. 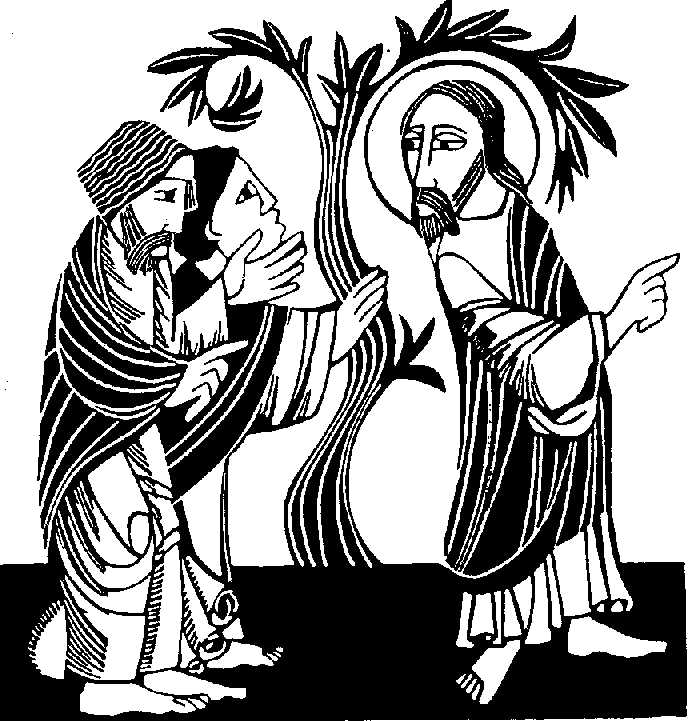 In the gospel, when the men who want to follow Jesus ask him where he is staying, he doesn’t give them a direct answer.

“Come and you will see.”

Imagine being there, standing beside Christ, hearing that invitation.  Would we follow?

What do we hope to see?

What are we looking for?

These readings are about discipleship, but they also about vocation. They come as the church concludes a week dedicated to Vocation Awareness.   And they should stir questions in all of us about what God is calling us to do with our lives.   Because each of us has a vocation of some sort – whether as a priest or deacon, as a religious or lay person, as a parent or a spouse, as a single man or woman.  Each of us is being called to do something great for God, something to build up His kingdom here on earth.

The world is hungry for Christ.  We can satisfy that hunger, in some small way, when we receive Christ in the Eucharist and leave this sacred place and bring him, within us, to others.   The Body of Christ transforms us.  And it can help us transform the world.  As we prepare to receive him, then, we pray for a deeper understanding of what he wants us to do, where he wants us to go, how he wants us to fulfill our lives.   In other words: how he wants us to make him present.

So often, like Marilyn Rich, it takes us a while to finally understand God’s purpose for us.  But once we find it, it can take our breath away – and rearrange our lives in ways we never dreamed.

And so we pray.

We pray for discernment in our hearts.

We pray for strength in our minds.

And we pray for courage and hope, to accept the great invitation of Jesus Christ, the one he offers again and again to a doubting, seeking, questioning world.