The gospel we just heard has some surprising comparisons to the Kingdom of God – a kingdom that isn’t measured in acres, or miles, or limited by any kind of geography we might imagine.  It is a kingdom, in fact, whose size could be small enough to hold in your hand, or bury in a field.

The gospel assures us: it is a rare treasure, as precious as a pearl.

It can be hard to imagine God’s kingdom being like that.

But every now and then, someone comes into your life and makes it so abundantly clear. 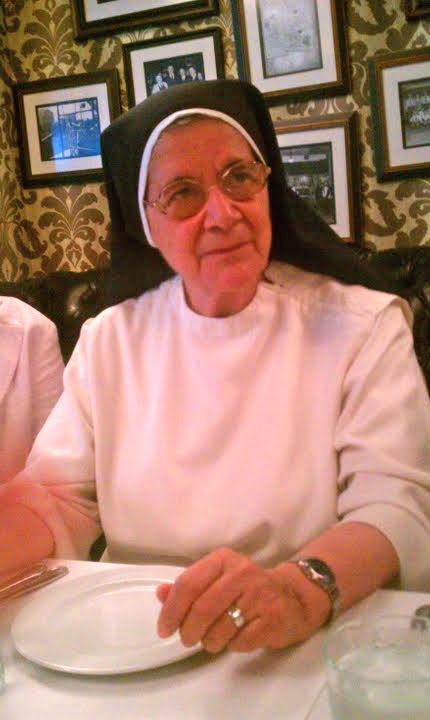 This past week, I met such a person: a small, sturdy nun named Sister Maria Hanna.  She is with the Dominican Sisters of St. Catherine of Siena.   She’s a vibrant, elderly woman with a firm handshake and a radiant smile and one simple mission: to protect that pearl of great price, and to share it with others.

What she is doing isn’t that surprising.

What’s surprising is where she is doing it.

She is doing it in the village of Kerakush, in northern Iraq.

Sister Maria is here in the United States for a few weeks trying to raise awareness about the plight of Christians in Iraq.  Her travels have taken her to Congress, the State Department and the White House.  Last week, she came to New York and the offices of the papal nuncio, where I had the privilege of meeting her and several of her sisters.

Hers is a story you won’t hear on the Nightly News, or read in the New York Times.  But it is one more people need to hear.  It is a story of a great love, a love for that “pearl of great price,” and how these courageous sisters express that love.

To begin with, they survive.

As one of the sisters told me, “We don’t think of ourselves as victims.  We consider ourselves survivors.”

They survive in a village where 80% of the people are Muslim.  They care the sick and the suffering, no matter what their religion.

They have lived for years with the nightmare of war, and the terror of persecution, and yet their first concern is for others.

Before the fighting began, in 2003, the sisters went door-to-door collecting food, which they stored and then gave away to anyone who came to their convent looking for help.  After the war began, they offered refuge in village churches, no questions asked. People came from all over the country, knowing the northern villages were safer.

Christians and Muslims slept together as bombs pounded nearby Mosul. As one of the sisters explained:  “Christian and Muslim families would share the same space. Everyone would pray together.”

Prayer sustains them.  Faith sustains them.  They are working to pass it on, teaching and catechizing young Catholics in a place where being Christian can sometimes seem to be a death sentence.

Christians in Iraq trace their roots all the way back to the apostle who evangelized the region, St. Thomas — the famous doubter who only believed after he saw Christ’s wounds.  To this day, it seems, the Iraqi Christians dwell within those wounds.

They are not victims.  They are survivors.

One of the sisters told me that every mass in her village is packed with people.  Even after the devastating attack on Our Lady of Salvation Cathedral in Baghdad last year, the people feel closer to God, closer to one another, closer to that “pearl of great price.”

In the first reading, we heard how Solomon asked the Lord for only one thing, an understanding heart.  A heart that can discern right from wrong, and that can also share in people’s joys and sorrows.

The sisters also pray to God for such a heart.  They pray for compassion.  For the kind of love that Christ offered to the world from the cross.

I asked Sister Maria: how is their morale?

“They have hard times,” she said.  “Some days are better than others.”

One of the sisters told me how difficult it can be to walk with people on their journey; the sisters share in the people’s pain and in the psychological trauma of war, and many of them know that trauma first hand themselves.  The sisters all know family and friends who have been casualties of the war.  Fear is a constant companion.  As the nuncio explained: just traveling to the Baghdad airport for this visit meant that Sister Maria had to take her life in her hands.

But she and so many others are willing to do that for one simple reason.  They need to share the love of Jesus.  They believe so deeply in the work, in the mission, in the kingdom – that “pearl of great price.”

To spend a few minutes with these sisters, to hear their stories, to see what they are doing in a hellish corner of the world is to be humbled.

And it is to be challenged to look at our own lives, and our own sense of faith, very differently. 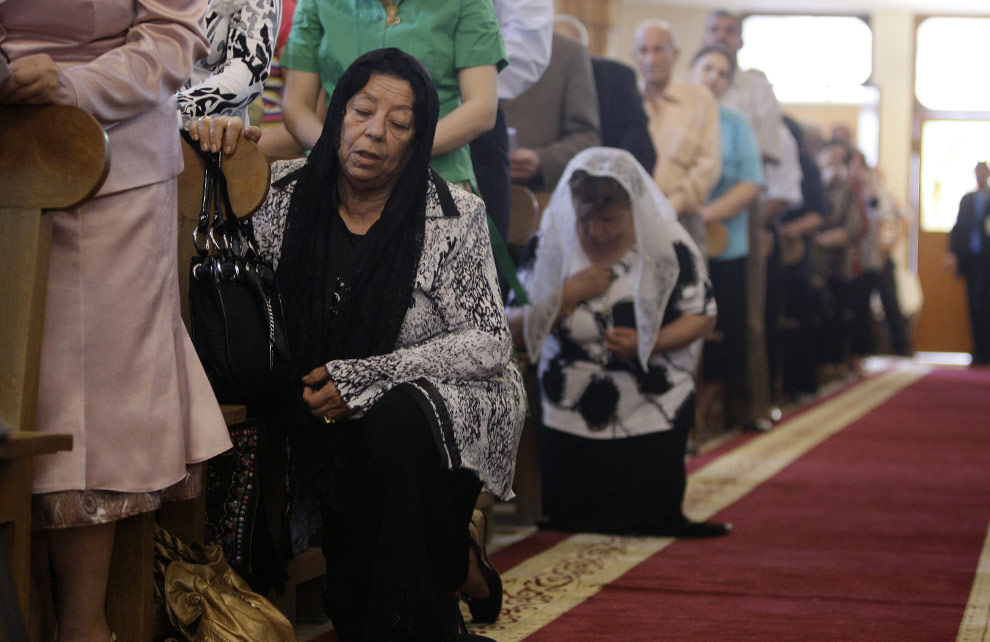 This Sunday, and every Sunday, hundreds of Catholics crowd into small churches in dusty and dangerous corners of Iraq for the privilege, the opportunity, to hear God’s word and to receive Christ in the Eucharist.  They do it at great risk, because they know they have among them that treasure, that pearl.

And the Dominican Sisters of St. Catherine are there, by their sides, no matter what.

They deliver their babies and nurse their wounds and calm their fears and feed their hungry – and they do this not only for the Christians, but also for the Muslims and non-believers.

They do it with the understanding heart of Solomon, and the loving heart of Christ.  I think they have something to teach us all.

Pray for them.  Remember them. Ask God to keep them close to His heart.

If you want to know what the gospel is all about – what that “pearl of great price” really means – look no further.

They are living it, every day.