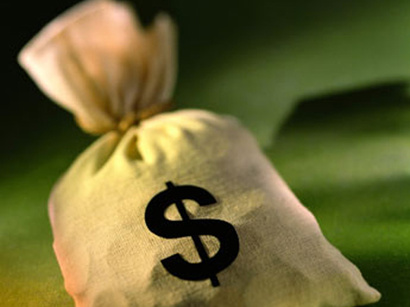 If you’re still feeling drowsy this Sunday morning, here’s something to wake you up.

Last year, the world got a lot richer.

According to the World Wealth Report, released just two weeks ago, the combined wealth of the world’s richest people climbed 10 percent … to a grand total of 46.2 trillion dollars.

According to the report, the “super rich,” with assets exceeding $30 million, number just over 111,000 people.

I’d just like to say: if any of those 111,000 people is here this morning … our pastor would like a word with you.

Or so we are led to believe.

But in the middle of all this, while running toward that goal…we run up against the word of God.

As we continue through Ordinary Time right now, in Luke’s gospel, we are encountering a series of readings that turn all our expectations and desires upside down.

Last week, Jesus told one follower not to say goodbye to his family, and told another not to attend a funeral. “Let the dead bury the dead,” he told him.

And this week, he tells his followers, as they head into the world, to take nothing with them – “no money bag, no sack, no sandals.” I’m sending you like lambs among wolves, he says.

Throughout this series of gospel readings, the followers of Christ are cautioned, again and again, not to get…but to give.

Not to save up…but to surrender.

Not to load up…but to let go.

Christ’s continuing message is one of detachment. Or, in a popular phrase of the recovery movement: to let go, and let God.

But it’s worth noting: when Jesus sends his followers into the world, they are not sent empty-handed. They go bearing one simple message. “Peace.” Jesus tells them: “Into whatever household you enter, first say, ‘Peace to this household.’”

It is also the first word he will say to them after the resurrection, when he appears in the upper room. And it is the great message he is asking them – and asking us – to carry into the world.

Carry no sack, no money, no sandals.

It is his first word to those who wish to follow Christ.

Two thousand years later, I’m not sure we’ve done a very good job of spreading that word. Whatever else there may be in the world in 2013, there is very little peace. And I’m not speaking only of the absence of war – though God knows, we don’t lack for wars.

They are also the countless conflicts that erupt in our daily lives.

Between husbands and wives.

Between parents and children.

Between neighbors. Between co-workers. Even between strangers on the street.

I can tell you, some of the fiercest battles I’ve seen are waged in cars at the intersection of Yellowstone Boulevard and Queens Boulevard.

You’ve probably seen a few yourself, just out in our parking lot.

But how often do we put those aside and say to people in our lives: “Peace”?

How often do we make peace our mission…and our message?

How often do we strive to be Christ to others?

How often do we strive to see Christ in the faces of those we do not understand…or those with whom we disagree?

The writer Anthony de Mello tells the story of a man whose marriage was in trouble. He sought some advice from a spiritual master. The master told him, “You must learn to listen to your wife.” The man took the advice to heart and returned several weeks later and said he’d learned to listen to every word his wife was saying.

The master smiled and said, “Good. Now go home and listen to every word she isn’t saying.”

I think if more of us did that – not just with our spouses, but with each other – it might be a beginning, a first step, toward making peace a reality. Because to listen THAT way means you don’t have the last word. In fact, it makes Christ’s first word the last word. Peace. It means a kind of humility and attentiveness to one another that Christ asks of us.

It is a way of going into the world with nothing—except what really matters.

Because, in truth, the detachment that Jesus is demanding isn’t just a detachment from things – though that’s a start. It is a detachment from ourselves. It is separating from our own pride, our own ego, our own sense of entitlement, our own feeling that we always have to be right.

It is taking with us nothing but what we are — stripped of what we pretend to be, divested of what we own, all that we use to impress people.

It is putting that aside and carrying forth just one message, in Christ’s name: peace.

The day we can live that spirit and give it joyfully to others, we may not have a sack or money or sandals.

We may not have $30 million stashed in a vault.

But we will be wealthy beyond measure.

And the world, too, will be enriched.