This Sunday, after the weeks of celebrating Easter, then the big feasts of Pentecost and Trinity Sunday and Corpus Christi, we find ourselves slipping back in Ordinary Time.

“Ordinary” is exactly how you might describe the subject of today’s gospel. Jesus speaks of the power contained in a seed—an object so small, but so significant. It contains tremendous possibility. It can grow into something huge, giving shelter and shade. It might even transform the world. God’s kingdom, Jesus tells us, is like that.

If you want to know how it happens, look around you.

Because we are the ones scattering those seeds. And you never know where or how they will grow. 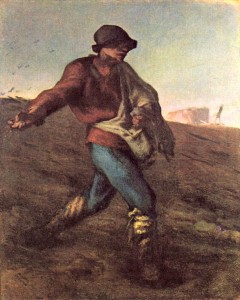 Several years ago, a military chaplain, Fr. Jose A. Bautista-Rojas, was assigned to serve in Ramadi, Iraq. It was the height of the Iraq war. A lot of the work involved ministering to medical personal, caring for both soldiers and civilians. Many were not Catholic or even Christian.

One of the people he met was a local Muslim woman. She was understandably suspicious of the Americans. As she got to know them, she was struck by something: the U.S. medical personnel not only treated wounded Americans and Iraqi civilians, but they also cared for enemy combatants, including one who was known to have killed U.S. Marines. The woman was amazed.

One day, she approached Fr. Bautista and spoke five words that would change her life. She said, very simply:

And he did. Over several weeks, they spoke. He talked to her about Christ’s life and work. He read her the gospels. He explained the miracles, the parables, the Beatitudes. He shared with her Christ’s message of mercy and salvation and hope. One thing that moved her deeply was the reality of “the two Marys,” and how much Jesus loved them both …his mother, who was sinless, and Mary Magdalene, a great sinner.

After some time quietly listening and absorbing all this, the woman finally had something she needed to tell Fr. Bautista.

She entered the RCIA program the chaplain ran and began preparing for baptism. Her family found out, and disowned her. But she refused to back down. She embraced the faith with courage and with joy.

In the desert of Iraq, in parched sands torn apart by war, a seed had been planted. Love took root. Faith began to grow.

Not with water. But with grace.

It didn’t begin from some grand, miraculous act. She wasn’t overwhelmed by the liturgy, or inspired by preaching or dazzled by some truth that suddenly pierced the darkness.

She was moved simply by compassion—care offered to an enemy.

As the pagans said in the first century: “See how these Christians love one another.”

See how we even love our enemies.

And so it begins. These are the seeds that have fostered towering faith.

These are the seeds that can change a heart, and stir the soul. They can inspire those who are hungry for hope to turn to us and say:

Are we up to the task?

Are we prepared to plant those kinds of seeds into the world?

Are we the kinds of people who inspire others to say, “See how these Christians love one another?”

Or are we something else? Do we sing God’s name with joy on Sunday, and then curse it on Monday?

As the old song puts it: will they know we are Christians by our love, by our love?

What kinds of seeds are we scattering in the world? 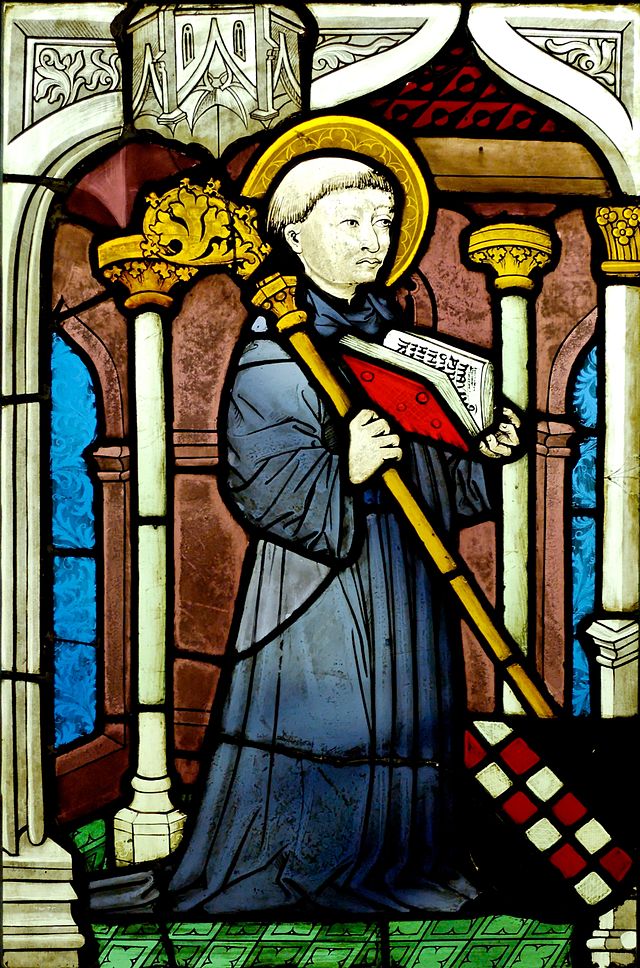 If you look over by the baptismal font, you’ll see a stained glass window depicting St. Bernard of Clairvaux, great Cistercian monk and mystic. I imagine the founders of this parish added him here for two reasons: St. Bernard had a great devotion to Mary, and he was also a great builder of churches.

In the 12tth century, Bernard founded a Cistercian abbey in France. From just a few monks, it grew to hold hundreds—a phenomenon that had a powerful effect on Western monasticism. It eventually became too small and Bernard sent out monks to start new abbeys around the country.

Like Jesus, St. Bernard marveled at God’s ability to grow his kingdom.

“Our works do not pass away, as they seem to do. Rather, they are scattered like seeds of eternity. The fool will be astonished when he sees a great harvest shooting up from a little seed – good or bad harvest, according to the differing quality of the sowing.”

What kind of harvest are we preparing? What kinds of seeds are we sowing?

This gospel reminds us that God’s work happens in remarkable and unexpected ways.  So: Give the world a garden of explosive beauty. Plant what will last. Nurture what will grow.

Christ did that. Can we do any less?

This is our call. Every word we speak, every choice we make, every gesture we offer is one more seed, one more way of spreading the gospel.

As summer approaches, so does the time when gardens grow. In the church calendar, we are stepping back into Ordinary Time – but by God’s grace, we can make it extraordinary.

Who knows when our lives might compel someone to turn to us and say: