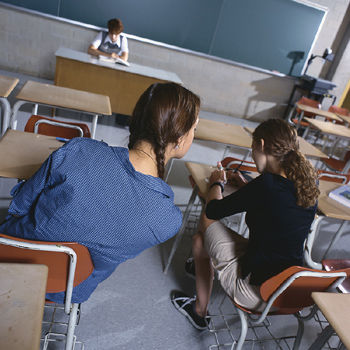 In the gospel we just heard, we encounter a word and a subject that many people these days don’t want to hear, and don’t want to talk about.  It’s a word that rarely leaves our lips, because it makes people uncomfortable.

As much as we don’t like to talk about it outside the walls of this church, sin is something that shouldn’t be kept quiet. Read the papers, and you can understand why.

This week, the New York Times reported on the burgeoning cheating scandal at the elite Stuyvesant High School. About 60 teenagers were caught – and they revealed that they didn’t cheat because they were afraid of failing; they cheated because they wanted to get an A instead of a B. It wasn’t isolated, either. There was a vast network of young people who cheated using cell phones and e-mail messages. When one teacher discovered a student had plagiarized for a paper, he gave the student an F, but was later pressured by an assistant principal to give a passing grade. “I was told I was too Draconian” the teacher explained.  This has been called the most notorious case of high school cheating in the United States. Yet, in the Times article, no one expressed regret, or remorse, or shame.

No one dared to call it a sin.

A few years ago, a nationwide survey put cheating in context in a study of nearly 30,000 high school students.

64 percent said they’d cheated on a test. 30 percent admitted stealing from a store.  Yet 93 percent of students said they were satisfied with their personal ethics and character.  77 percent, over three quarters agreed with this statement: “When it comes to doing what is right, I am better than most people I know.”

I don’t have to tell you: something is seriously wrong. It is almost a cliché to say that we have lost our sense of sin. But this is the new normal. Widespread  cheating is just one example. I’m sure you can think of many others.

The sad fact is: morality today is relative. In our culture, call something a sin is to be labeled intolerant, or insensitive, or even to be accused of harboring some form of hate.  If you work in the public school system, you might even be called “Draconian,” an extremist.

But in this morning’s gospel, Jesus dared to mention what is now unmentionable. He dared to proclaim that there are choices that we have, and that some of those choices go against the will of God. They separate us from Him.

They cause us to sin.

And what Jesus told his followers still holds true: if something causes us to sin, if it separates us from God, then we need to separate ourselves from it.

He was using hyperbole, but Jesus did it to remind his listeners of how attached we are to the things that make us sin.

Maybe today, the problem isn’t a hand, a foot or an eye.

Maybe it’s something else—but something that is just as much a part of us.

Or maybe the problem is an impulse that is as old as Adam: fear.

It’s often said that the original sin was pride—the desire to be like God. But I think the second sin was fear.

How many sins do we commit because we are afraid?  How many high schoolers cheat because they’re afraid they won’t get into the school their parents have picked for them?

How many women choose abortion because they’re afraid they can’t raise a child?

How many of us act rashly, or foolishly, or imprudently because we’re afraid to say no?

But again and again, God offers simple words of advice, direction and hope: “Do not be afraid.”   We hear that so often in scripture, usually in times of crisis and uncertainty. And I think those words help to point the way.

If you want to do the right thing…do not be afraid.

Do not be afraid of doing what is just, what is honest, what draws you closer to God.

One of the most poignant moments in scripture comes in Luke’s gospel, after Peter first met Jesus and hauled in an incredible catch of fish. Peter fell to his knees and said to Jesus, “Depart from me, Lord, for I am a sinful man.”

But —and this is key—Jesus didn’t depart.  He stayed. And his next words changed Peter’s life:  “Do not be afraid.”

In spite of our mistakes, our misjudgments, our past, our sins…do not be afraid. Because, despite what we may think, and what we may fear: God stays.

But for us to stay close to God, we can’t be complacent. The message of the gospel is clear: we need to separate ourselves from those things that separate us from God.

As we prepare to receive the Eucharist today, we come before the Lord like Peter, as sinful people. “Lord I am not worthy,” we pray.  But we also pray that he will only say the word, and that our souls will be healed.

Isn’t that the deepest yearning for all of us?

Only then can we change ourselves —and, in the process, begin to change the world.