His name was Aylan Kurdi. And if you haven’t heard his story, you need to.

Aylan was three years old, a young refugee from Syria living in Turkey. Wednesday morning, his mother woke him and his older brother, five-year-old Galip. She dressed Aylan in a simple red tee shirt and shorts, slipped on his plain brown shoes, and gathered up her children and went with her husband to board a small boat in the Turkish resort town of Bodrum. They had little money. Aylan’s father worked first as a barber, then as a construction worker, earning about $17 a day. It wasn’t enough to live on. They were going to take the ferry to Kos, in Greece, and from there join family in Canada. They were hoping to escape, at last, the bloodshed and misery of life in Syria.

They never made it.

Shortly after the boat left the pier, the strong waves and wind overwhelmed it. Aylan, his brother and his mother all died. Only his father survived.

Wednesday morning, Turkish rescue workers discovered Aylan’s small body, face down, washed up on the beach—still wearing his red tee shirt and small brown shoes. When a photographer from a Turkish news agency saw the boy’s body, she reacted with shock, later saying her “blood froze.” The images she captured—of his body on the beach, and a dazed rescue worker carrying him away—stunned the world. 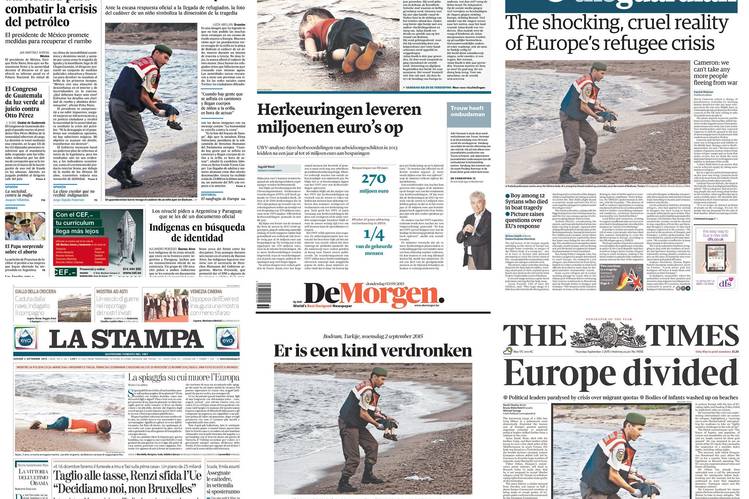 Reflecting on those pictures, the photographer explained why she couldn’t NOT take a picture.

“The only thing I could do,” she later told the Wall Street Journal, “was to make his scream heard.”

This morning, the question needs to be asked:

Is the world listening?

This Sunday’s gospel is all about listening, about hearing. It tells of a deaf mute who was given the miraculous gift of being able to hear and speak. He encountered Jesus, who changed everything with a touch and a word, “Ephphetha.” “Be opened!,” he said.

In one sense, this beautiful episode shows how one individual was able to finally hear what Christ was saying, and how he was given the ability to share that with the world. It is rich with meaning. In fact, this event is so significant, we recreate it in the sacrament of baptism, when the priest or deacon touches the mouth and ears of the baptized and prays: “May the Lord soon touch your ears to receive his word and your mouth to proclaim his faith, to the praise and glory of God the Father.”

Fundamentally, this is a miracle about transformation, about opening what was closed—giving understanding to one who couldn’t understand, giving a voice to someone born silent.

But in light of the events of this past week, I think that it also carries a more urgent message.

This gospel stands as a bold challenge to every one of us. Because if we are truly opened by Christ, and open to him, we can no longer be insulated or isolated.

Encountering Christ, we hear the world anew, yes. But what do we hear?

Do we hear those in need? Do we hear the calls of the desperate, the suffering, the outcast?

Do we hear the cries on the beach?

Are our hearts open to seek mercy for those whom others ignore?

Are our voices able to call out for justice?

Or do we just close our ears, and our hearts, and bite our tongue and turn away?

How can we refuse?

The refugee crisis spreading throughout the Middle East and Europe will not be solved overnight. It is complex, with many causes. There are no easy answers.

But as Catholics, as Christians, we cannot be deaf to the cries of the suffering. We cannot be silent in the face of this tragedy.

Make no mistake: this is fundamentally a pro-life issue—it is, literally, a matter of life and death for tens of thousands of men, women and children who are fleeing poverty and persecution.

First: this is a cause that demands prayer.

Pray for the leaders of the world, grappling with a problem that seems insurmountable.

Pray that they might find ways to help create a world that makes this kind of desperate and dangerous migration unnecessary.

Pray that hearts may be opened to compassion, to mercy and to respect for the dignity of all people.

Second: while this demands prayer, it also demands action.

The most immediate action is to support in whatever way we can aid agencies like CRS, Caritas, Aid to the Church in Need and my own agency, CNEWA, Catholic Near East Welfare Association. They are on the ground, offering a hand and offering hope in a time that seems, to many, hopeless.

Someone who understands this is Pope Francis. Friday night, in an extraordinary broadcast on American television, he gave this encouraging word to a teenage girl in Chicago who because of a skin condition had been a victim of bullying.

He told her, very simply: walk with courage. Courage, he said, gives you joy. And joy gives hope.

Christ is our hope. The one who touched the ears of the deaf man is reaching out to touch all who are in need.

Have courage. And have hope.

Hope—and pray—for a better future for children like Aylan Kurdi.

Perhaps his short life and tragic death will say to all whose hearts and minds are closed the same words that echo down to us through history.

The very words that changed the life of one anonymous man all those centuries ago… and can change lives, still, today:

Are we truly hearing? 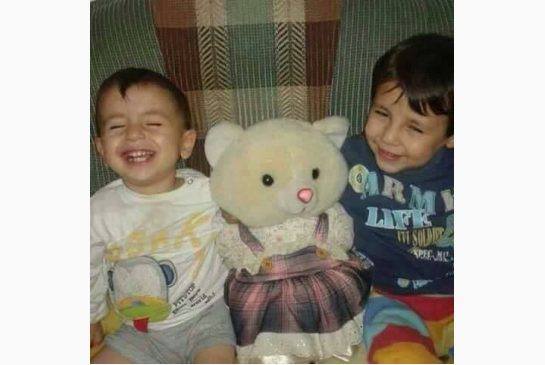