How does the pope feel about all those selfies? 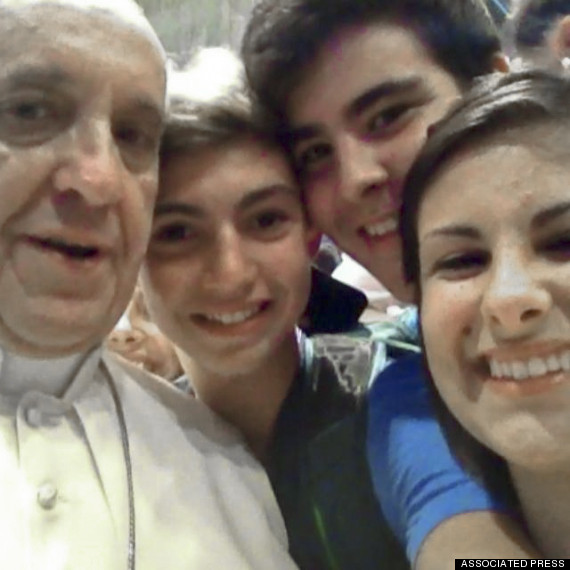 Pope Francis, age 78, has become one of the most desired group selfie participants on the planet. Everywhere he goes, it seems, the faithful want the pope to stop and smile for a photo with a cellphone camera perched at the end of an outstretched arm. Well, you guys, all those requests are making the pope feel old. A reporter asked Pope Francis about the selfie requests on a Sunday night flight back from South America. He responded that the selfies make him feel like a “grandfather,” adding that the requests come from, to him “another culture.” According to a transcript published on Monday by the Catholic News Agency, here is the exchange:

Journalist: What do you think of people taking selfies at Mass, which young people and children want to take with you? Pope Francis: What do I think of it? I feel like a grandfather! It’s another culture. Today as I was taking leave (from Asuncion), a policeman in his 40’s asked me for a selfie! I told him, listen, you’re a teenager! It’s another culture – I respect it.