How many deacons can say they’re married to a Supreme Court judge? 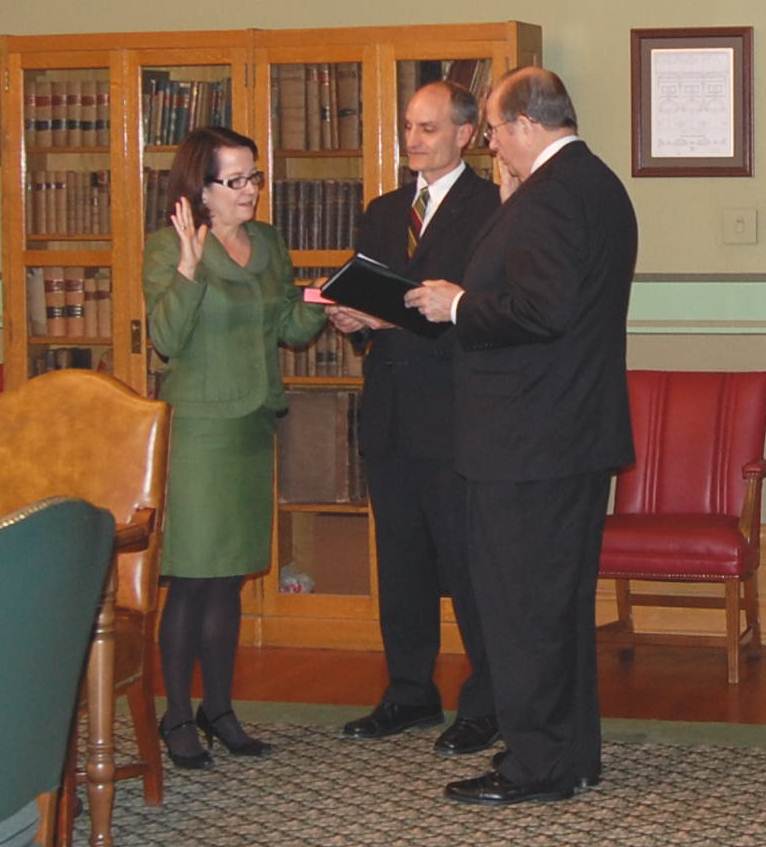 Next year, God willing, there will be at least one who can.

An Indiana deacon dropped me the following e-mail:

I thought you might be interested to know that on Friday the 28th, the wife of a deacon in formation in the Lafayette-in-Indiana diocese will be formally elevated to the Indiana Supreme Court. (She actually took the oath of office in November but the formal ceremony is 12/28.) Her name is Loretta Rush.  Her husband, the deacon candidate, is Jim Rush.  I believe he is in his last year of formation… and more interestingly she has fully participated in the formation process as his wife.

According to this piece in the Catholic Moment newspaper, Jim Rush received the Rite of Acolyte in September. He’s due to be ordained in September of 2013.

The Indiana Law Blog has the press release about Loretta Rush’s appointment, with details about her career:

Judge Rush, 54, of Lafayette, was elected to the bench in 1998 and has served since then in Tippecanoe Superior Court 3 in Lafayette. Her court focuses on juvenile cases, including guardianships, delinquencies, adoptions and protective order hearings. As the chair of the Indiana Juvenile Justice Improvement Committee, she has been closely involved with statutory and regulatory efforts to bring better and standardized child welfare practices to Indiana. Rush’s reach goes well beyond her courtroom. For example, following the abuse or neglect deaths of several children in her community in the early 2000s, Rush decided to spearhead efforts to develop solutions. She approached local organizations to create a series of public forums to educate citizens about the critical issues of child welfare and available services and to form plans moving forward. Following standing room only public sessions, volunteer efforts began that continue today to improve the lives of children in the Lafayette area. “I am honored to serve the people of our great state as the 108th Justice of the Indiana Supreme Court,” said Rush. “I intend to work with the other four justices to build on our Supreme Court’s record of excellence, integrity and respect for the law.”

The photo above shows her being sworn in, with her husband looking on holding the Bible.