Iraqi Christians speak: “They wanted us to know they were believers”

I spent last evening at the Immaculate Conception Seminary in Huntington, New York with some of my colleagues from CNEWA, hearing a first-hand account of life in Iraq, from someone who was jus there. It was a great evening:

When CNEWA’s president Msgr. John Kozar looked at those gathered around the room Wednesday, he described it as a gathering of “family.” But if it was a family affair — and with about 60 people scattered around on sofas and easy chairs, it felt familiar — it was also one with a purpose. The event, held in the faculty lounge at the Immaculate Conception Seminary in Huntington, New York, brought together supporters, donors and interested Catholics from around the greater New York area to learn the latest on the situation in Iraq and Egypt from Msgr. Kozar. He traveled to the region for a pastoral visit earlier this month, along with Cardinal Leonardo Sandri, Prefect for the Congregation for Eastern Churches. The 45-minute talk, delivered without notes or a text, was impassioned, urgent and deeply personal. Msgr. Kozar detailed the harrowing conditions Iraqi Christians are enduring, even eight months after the ISIS offensive began last August: crowded tents, cramped halls, crude shipping containers serving as makeshift apartments for multiple families. He described the work CNEWA has undertaken in the country, helping to provide education, housing and health care to the tens of thousands who have been displaced. He saluted the courage and commitment of the ones he called the “footsoldiers” of the church, the sisters who are trying to meet the daily needs of so many in their charge. (Read more about the“Exodus” in Iraq.) And, significantly, he spoke poignantly of the Iraqi people’s indomitable spirit. Again and again, he said, he encountered resilience and hope. “They wanted us to know one thing,” he said quietly. “They wanted us to know they love the Holy Father. And they wanted to thank him for his prayers. They wanted us to know they were believers.” And he recounted meeting a little girl who told the visitors, “They have taken our homes. They will never take our faith.”

There’s much more, including news about a generous Lenten gift from the good people at St. Joseph’s Seminary in Yonkers. Read all about it.

And special thanks to Msgr. Richard Henning and Msgr. Peter Vaccari who helped make it all possible. 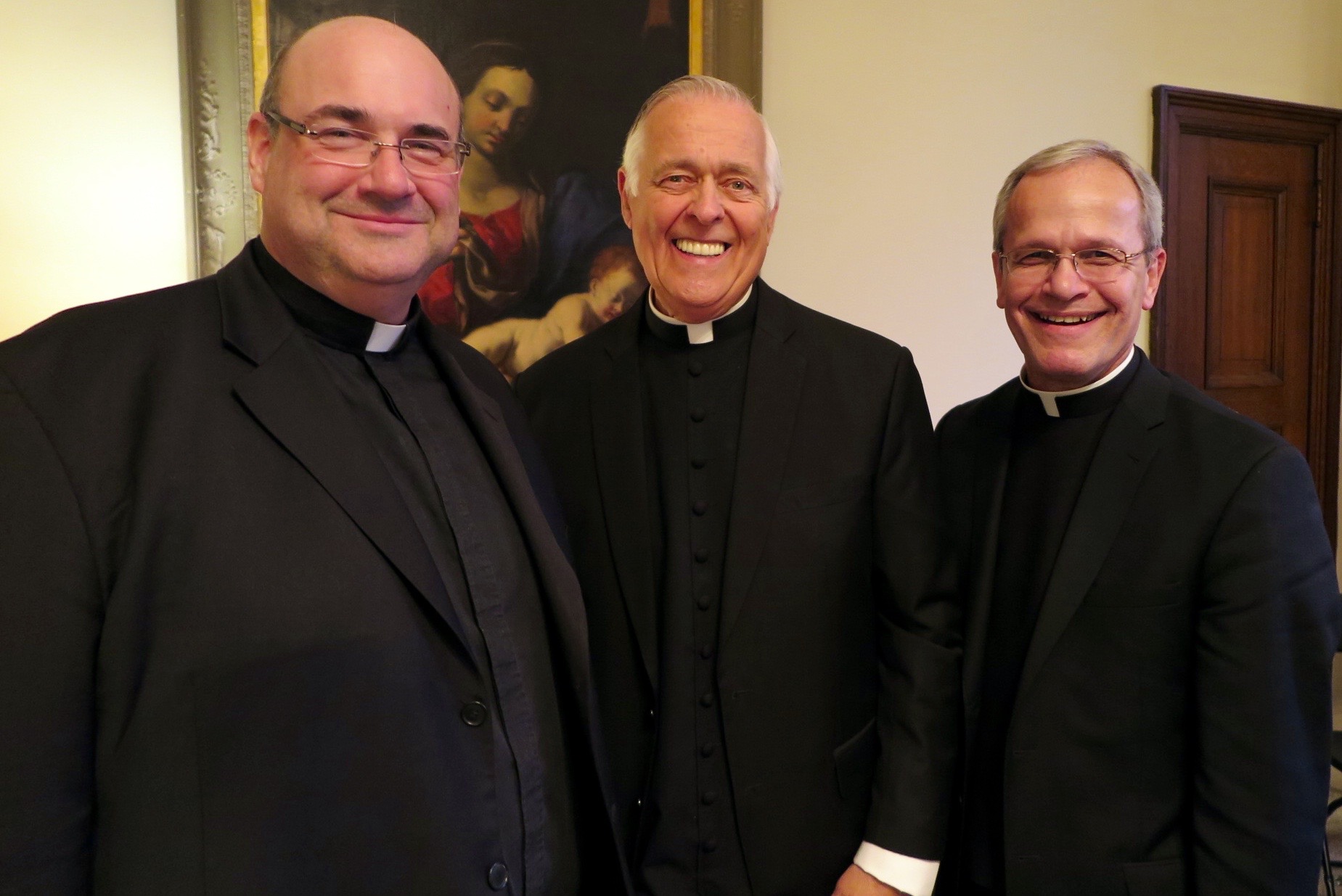