Is Francis too radical for his flock? 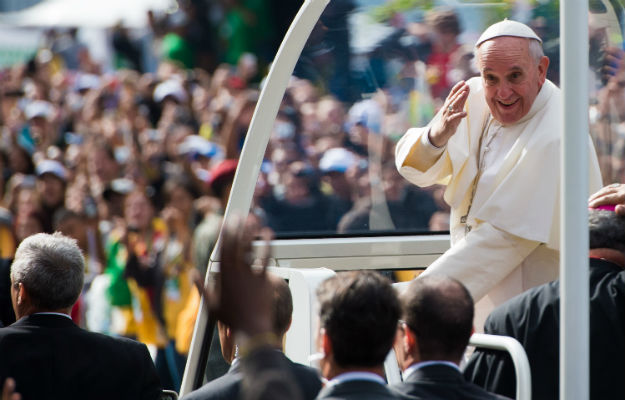 That’s the provocative question at the heart of this piece from Foreign Policy:

While the Church still regards homosexual acts as sinful, no previous pope has offered a “who am I to judge?” response to the question of what to do with gay priests.

Indeed, under the reign on Francis’s immediate predecessor, Benedict XVI, top church officials frequently blamed gay priests for the terrible sexual abuse crisis afflicting the church worldwide. Cardinal Peter Turkson of Ghana even suggested the church could benefit from the some of the anti-gay prejudice seen in his country, echoing similar sentiments expressed by churchmen in the U.S. In this context, Francis’s comments about gay priests mark him as a very different leader who may be heralding the end of an era deep and abiding intolerance of homosexuality. (During his flight home Francis also said that the church needed a new theological perspective on the role and status of women. “Let us remember,” he said, “that Mary is more important than the bishop apostles, so women in the church are more important than bishops and priests.”)

In speaking so boldly, Francis risks alienating Catholics in the industrialized West who have supported conservative theology, doctrine, and leadership. This significant minority is energized by the fight against abortion and resistance to those who would welcome both women priests and an end to mandatory celibacy for clerics. They have loyally supported the church with donations and activism and can be expected to oppose any change in direction of the sort Francis has signaled. With his comments, Francis poses a challenge to those who felt comfortable with the conservative leadership they have known for more than a generation. But this constituency cannot sustain the church in the long term, and the church now needs a figure able to bridge the gap between its rightward movement and the reality that Westerners are leaving the church in droves. That problem requires a wily pope with the skill and charisma to pull off the high-wire balancing act of unifying these two disparate impulses. Could Francis be that man?