At times during the first GOP debate on Thursday night, it was hard to tell who was talking: Pope Francis or Ohio Governor John Kasich. 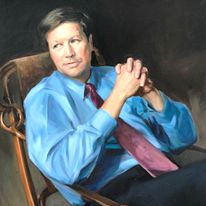 “We need to give everybody a chance, treat everybody with respect, and let them share in this great American dream that we have,” the second-term governor, an Anglican, said. “God gives me unconditional love. I’m going to give it to my family and my friends and the people around me.”

Recent polling suggests that practicing and preaching Pope Francis politics works. Kasich apparently got the memo. His inclusive and conciliatory language Thursday night stood in stark contrast to that of many of his rivals, most notably, Donald Trump. Pope Francis has called for us to build bridges to make a home for immigrants and the excluded, yet Trump communicated a different idea: “We need to build a wall, and it has to be built quickly.”

It isn’t just Kasich’s words that connected him with the 78-year-old Bishop of Rome. Kasich’s policy decisions during the past five years have reflected the pope’s plea that politicians be “genuinely disturbed by the state of society, the people, the lives of the poor.” Most noteworthy was the governor’s courageous decision to break with his Republican colleagues and support Medicaid expansion in the state of Ohio. When conservatives pushed back on his decision, Kasich asked his fellow Republicans to understand that poverty is real. “When you die and get to the meeting with St. Peter, he’s probably not going to ask you much about what you did about keeping government small. But he is going to ask you what you did for the poor. You better have a good answer.” Pope Francis would most certainly agree. He has derided trickle-down economic systems that cut social programs as having a “crude and naïve trust in the goodness of those wielding economic power,” and has lamented that “the excluded are still waiting.” Kasich’s performance Thursday night was reminiscent of the George W. Bush era of “compassionate conservatism.” Bush defined this governing philosophy in simple terms: “It is compassionate to actively help our citizens in need. It is conservative to insist on accountability and results.” The philosophy proved successful for Bush. But can Kasich follow suit?

It’s interesting to note that Kasich was born and raised Catholic.

According to his Wikipedia entry:

Kasich was born in McKees Rocks, Pennsylvania, an industrial town near Pittsburgh. He is the son of Anne (Vukovich) and John Kasich, who worked as a mail carrier. Kasich’s father was of Czech descent, while his mother was of Croatian ancestry. Both his father and mother were children of immigrants. Kasich described himself as “a Croatian and a Czech”. …Kasich was raised a Catholic, but considers denominations irrelevant, and stated that “there’s always going to be a part of me that considers myself a Catholic.” He drifted away from his religion as an adult, but came to embrace an Anglican faith after both his parents were killed in a car crash by a drunk driver. Kasich was married to Mary Lee Griffith from 1975 to 1980, had no children with her, and Griffith has campaigned for him post-divorce. He has been married to his second wife, Karen, since 1997. They have twin daughters, Emma and Reese.

Kasich has also written a book about his faith journey: “Every Other Monday: Twenty Years of Life, Lunch, Faith and Friendship.” As the publisher describes it:

For more than twenty years, John Kasich has sought the answer to this question and many of life’s most fundamental challenges in an unlikely place: his twice-a-month lunches with an irreverent, thoughtful, and spirited circle of guys who are members of a Bible study group. Every other Monday over lunch at an Italian restaurant in Columbus, Ohio, Kasich and half a dozen friends use the stories of the Good Book as a launching pad to ask questions running the gamut from “Does God exist?” to “What do you do if faith fails you?” This group, in reaching for life’s biggest mysteries while standing firmly rooted in the everyday, has become a cornerstone of Kasich’s life, one to which he consistently turns when the waters threaten to rise.

Prayer for this evening
Top 10
1
Cecilia Pigg
7 Ways the saints can help you sleep better at night
2
Philip Kosloski
An alternative Hail Mary to Our Lady of Sorrows
3
Philip Kosloski
How Our Lady of La Salette can give us hope in darkness
4
Philip Kosloski
Pray this Psalm when you successfully recover from an illness
5
Philip Kosloski
Why J.R.R. Tolkien loved to attend daily Mass
6
Domitille Farret d'Astiès
Attacked with acid as a baby, Anmol Rodriguez overcomes and inspi...
7
Aid to the Church in Need
What happens when a million children pray the Rosary?
See More