Journey to Jordan: seeing, at last, where everything really began

Tuesday morning we were up bright and early to pack our bags and head out the door, leaving Amman behind and heading into the wilderness: Bethany, where Jesus was baptized. 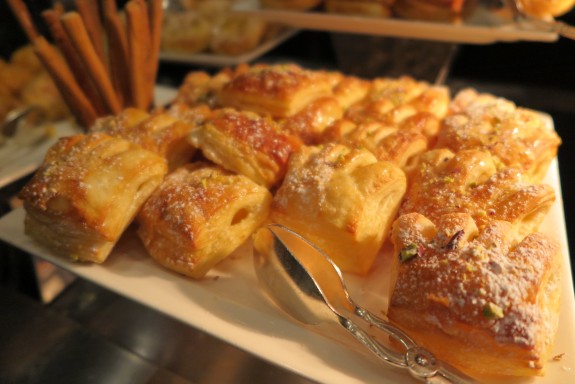 We departed the Sheraton a little before 9 and headed up the road to Bethany, about an hour away.

Along the way, we hit a traffic jam.

Evidently, it was rush hour. 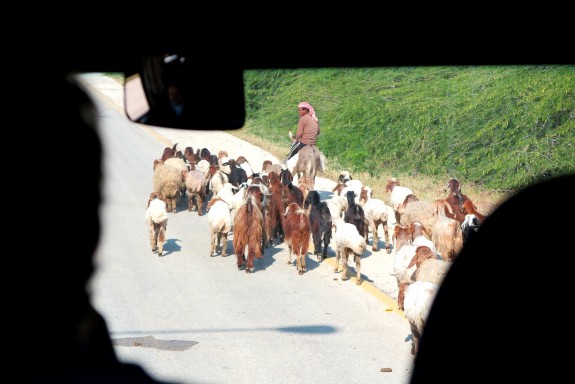 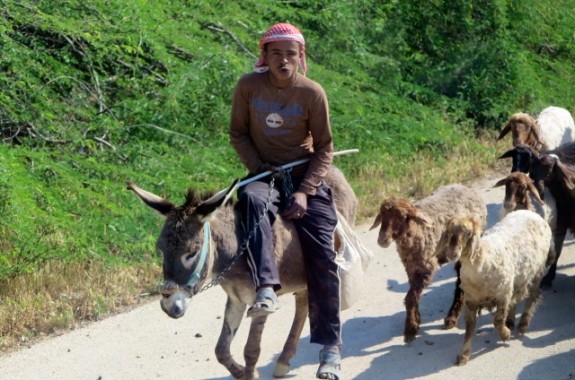 We arrived at the site of Jesus’s baptism and stretched our legs. 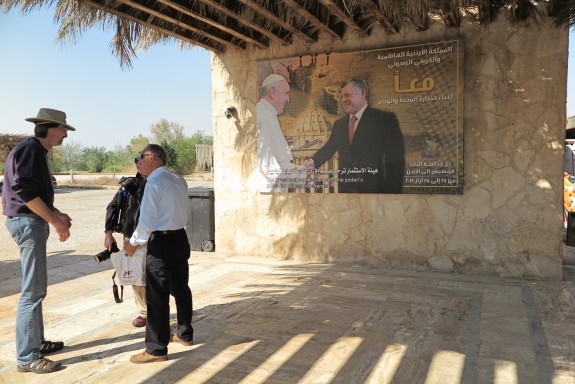 We were greeted by Rustom Mkhjian, Assistant Commission Director of the Baptism Site. He’s a man of tremendous passion, knowledge and faith, and proved to be a wonderful guide for our morning visit. 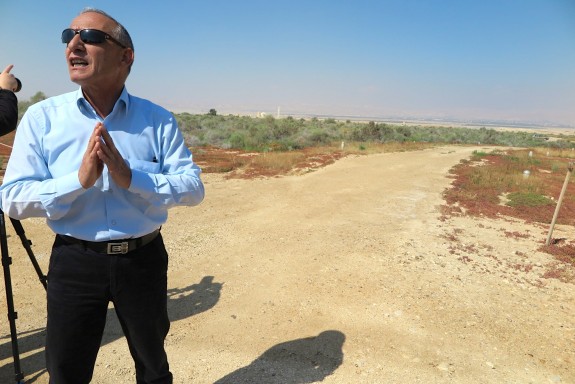 He showed us the cave where archeologists believe John the Baptist lived—and he made a persuasive and compelling case for this site we were touring being the actual place of Christ’s baptism. It has been a pilgrimage destination since the dawn of Christianity—a place where churches were erected and memorials were built. People have been baptized here, in pools like the one below, since the 4th century. 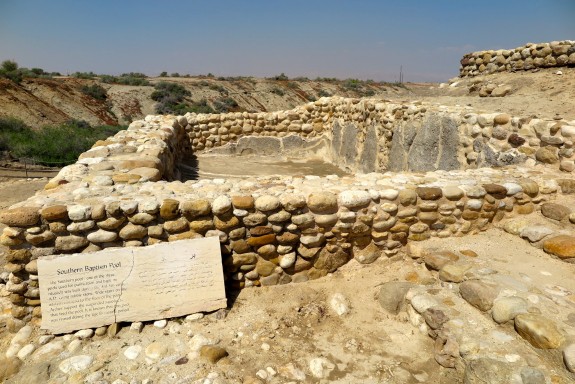 We also saw the remnants of a monastery which was constructed so that monks could live out their lives just a few steps from where Christ’s ministry—and the whole Christian story—actually began. 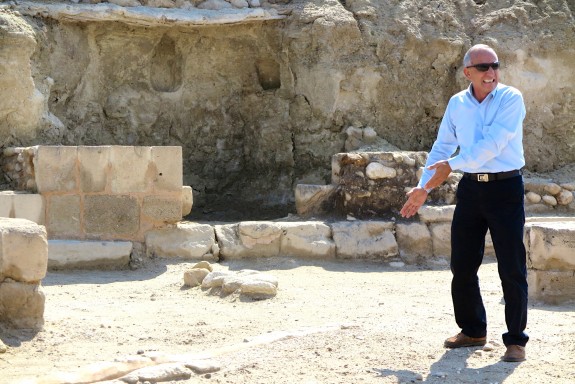 The gospel tells us that Jesus asked his followers, “What did you come out to the desert to see? A reed swaying in the wind?”

To our amazement, we saw exactly what he was talking about. The area is surrounded by swaying reeds. 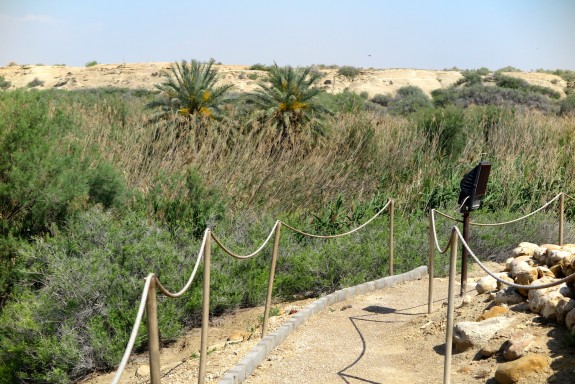 Finally, we followed a winding path to one particularly unusual spot. Rustom explained that the course of the Jordan River has changed over the centuries, thanks to earthquakes and droughts. But research and archeological excavation have uncovered the remains of a massive Byzantine church, with stairs leading from the apse down into the Jordan at a place where the waters form a cross. 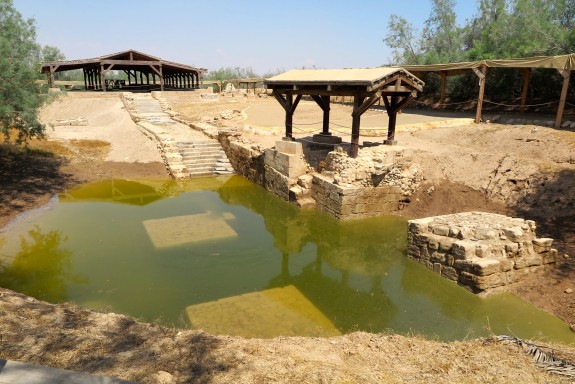 This was the site of pilgrimage from the earliest days of Christianity. All signs point to this being the place where Christ began his public ministry. This is where the Son of God was baptized. 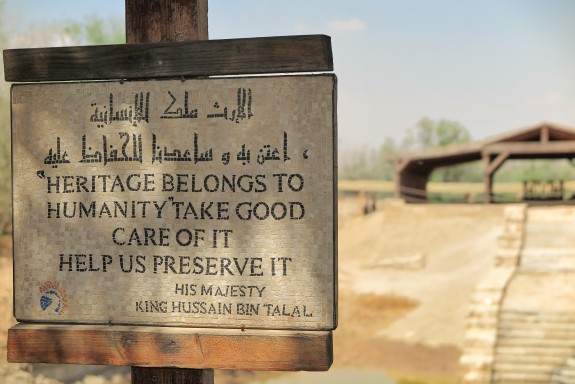 The surrounding area, meantime, is slowly being developed into a place for research, prayer and preservation—with efforts under way to maintain the original character of the site. Several Christian denominations, with the blessing of Jordan’s Muslim king, have erected large churches near the site. We visited a Latin rite Catholic church that has been under construction for a few years. When completed, it will be stunning: the largest church in Jordan. 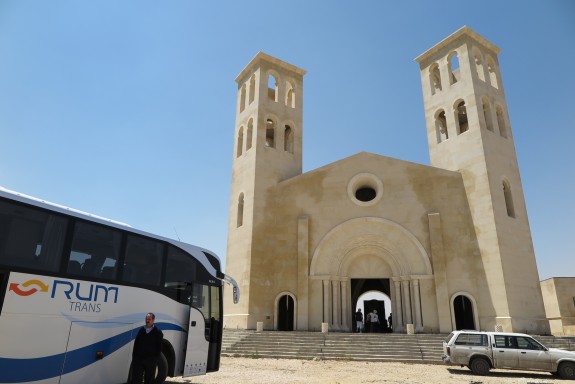 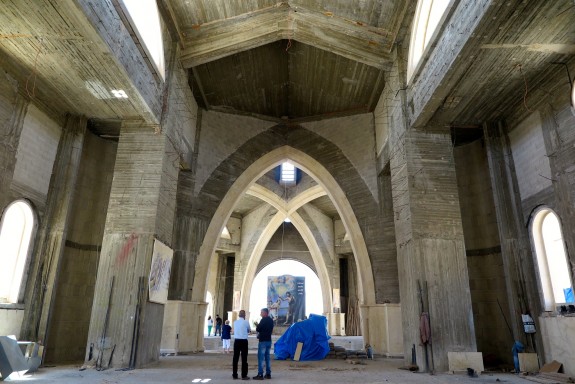 A short walk away is a popular place for baptisms. People can buy special tee shirts and wade into the water. (Although, why anyone would want to wade into that brown stream is a mystery to me.) 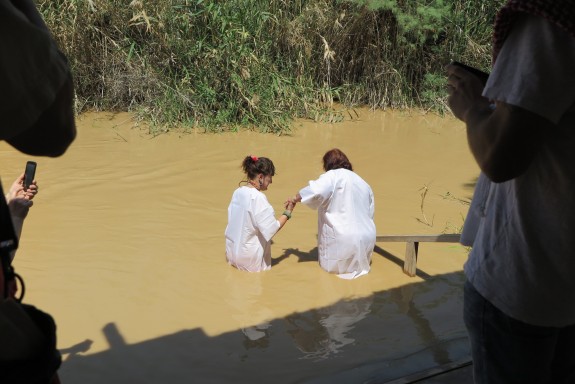 Just across the Jordan river, we saw a group of Orthodox sliding into the mucky water, with people submerging themselves three times—not only a reminder of the Trinity, but also an explicit reference to Christ’s death, burial and resurrection.

I captured some of this on video, below.

All in all, this was a memorable visit to one of the most important places in the world—the place where Jesus began his ministry, and where the ritual that defines all Christians was first carried out. Our faith was born in the wilderness. This was an extraordinary opportunity to visit that very wilderness and, in some small way, offer a quiet prayer of gratitude.

I often tell parents when I preach at baptisms: “Take lots of pictures. Remember this day forever. Because after this day, your child’s life will never be the same.”

I realize now that because of what happened in this wilderness, amid those swaying reeds all those centuries ago, my life will never be the same, either.