The following picture appeared on the Facebook page of the pro-life group Abort73: 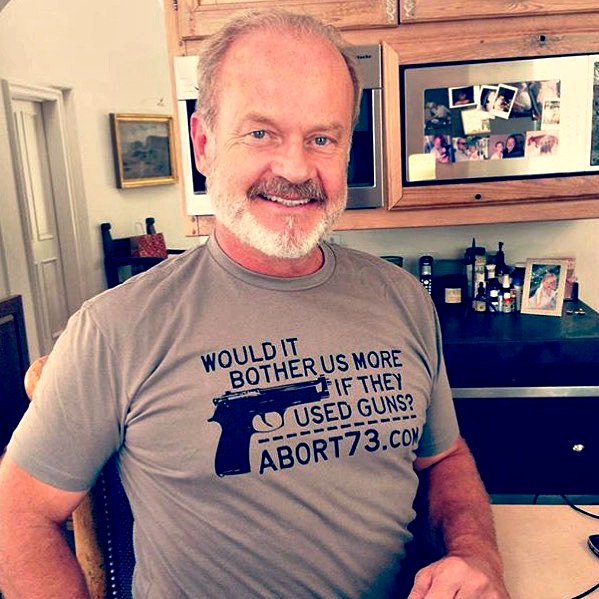 What does the name Abort73 actually mean? The connection becomes more clear after watching our intro video, January 1973, which plays on the Abort73 homepage. We took the word “abortion” and shortened it to “abort” – which can either mean to have an abortion, or more generally, to terminate an operation or procedure. Next, we took the year in which the U.S. Supreme Court struck down all state prohibitions against abortion, 1973, and shortened it to “73″. When put together you can look at the name in two ways. Either it is an abbreviation of Abortion 1973, or it is a resource to help “abort” (terminate) the fallout of that 1973 verdict. Both work, and both were in view when the name was chosen. While Abort73 offers a broad, abortion education to people of all ages, we are the most anxious to reach students and young adults. Young people tend to be more open-minded, more willing to change their mind, and less-likely to have a personal stake in justifying abortion. Plus, more than half of all abortions are performed on women younger than 25. Changing the way America thinks about abortion begins with changing the way that American students think about abortion. If we had more in the advertising budget, we would undoubtedly find new ways to spend it, but for the time being, our existing marketing strategy has served us well. Even if we could afford a big-budget ad campaign, there’s no guarantee that anyone would sell us the ad space. Until this becomes a popular message amongst the powers that be, change must come from the bottom up.