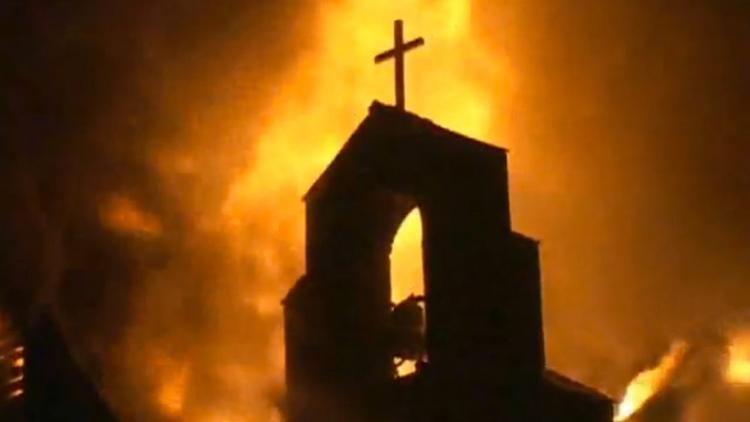 From Huffington Post, some news that should get wider circulation:

Three Muslim organizations have raised over $100,000 to rebuild black churches in the South. In the days following the shooting of nine people inside Emanuel African Methodist Episcopal Church in Charleston, a string of church fires at black worship centers in the South raised alarm on social media. Authorities have not indicated that the fires are connected to Charleston, but the blazes made headlines in the wake of what many believe to have been the worst incident of racist terrorism in years. The Muslim Anti-Racism Collaborative, the Arab-American Association of New Yorkand Ummah Widewanted to make sure these churches were restored as soon as possible. The organizations joined forces to launch the “Respond With Love” campaign on July 2, stating on their fundraising page that “ALL houses of worship are sanctuaries, a place where all should feel safe.” The fundraiser started off with a goal of $10,000, but they hit that target within hours, Linda Sarsour, executive director of AAANY, said to HuffPost in an email. They increased the target amount a few more times, and the support kept flooding in. The campaign closed on July 18, just after the end of the holy month of Ramadan, with a final total of $100,470. Faatimah Knight, a theology student and one of the campaign’s organizers, believes “Respond With Love” went viral because it contributes to a colorful, nuanced narrative about the Muslim community. “It awakens [in] some and confirms in others that Muslims are diverse and varied and that many of our concerns are domestic concerns,” Knight wrote in an email to HuffPost. “Also, Respond with Love is an anti-racism effort and there are many people in this country who are tired of racist rhetoric and racist motivated violence.”