NY Times on “The Vatican Spring of Pope Francis” 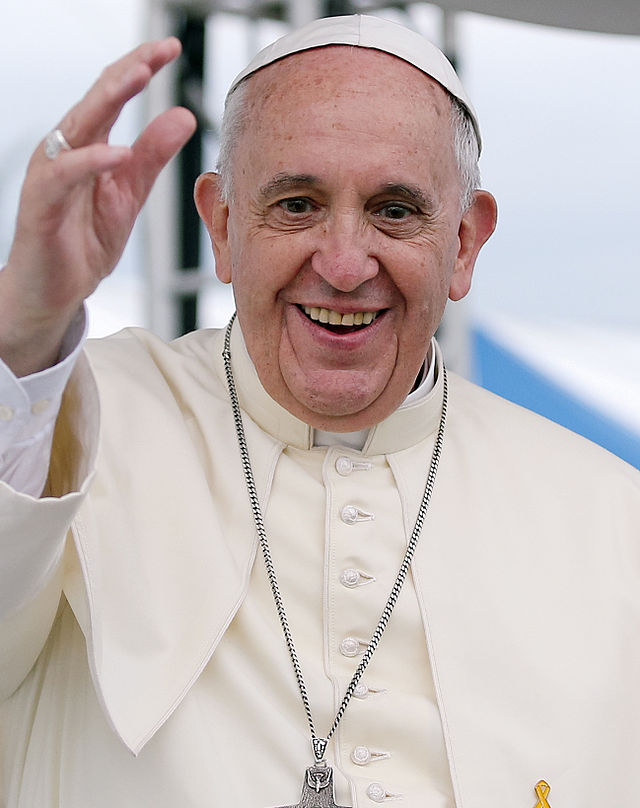 Long after we’ve forgotten what his position is on Catholic doctrine, we will remember the serenity of Pope Francis — his self-deprecating lightness of being.

His smile is just shy of goofy; it’s embracing, certainly not the tight facial clench of the seasoned diplomat. Rather than hide behind the trappings of power and empire, he projects a sense that he’s an average man who’s in on the joke. He’s the leader of 1.2 billion Catholics. Anything he says is parsed and taken apart for larger meaning. And yet, he shrugs and laughs, the body language behind the most memorable line uttered by a pope in our time: “Who am I to judge?”

Just after he was named pope, in a gathering of the Vatican elite who had selected him, he looked at the thicket of clerical power and said, “May God forgive you for what you’ve done.” He smiled. They laughed. In March 2013, humor took up residence in the corridors of St. Peter’s Square, and has never left.

…Last year, he was asked about his secret to happiness. He said slow down. Take time off. Live and let live. Don’t proselytize. Work for peace. Work at a job that offers basic human dignity. Don’t hold on to negative feelings. Move calmly through life. Enjoy art, books and playfulness.

Sadly, his reign may be less than five years in all, he predicted. As one orthodox cardinal told John Allen, the author, “Bergoglio won’t be here forever, but we will.” Not true. The Vatican Spring of Pope Francis will outlive many a mortal in church vestments.