Once a Catholic: the life and comedy of Anne Meara

The female half of Stiller and Meara died this weekend at the age of 85 and left behind a rich comic legacy—much of it built on her background as an Irish Catholic born in Brooklyn.

Many will remember the hilarious routines she did with her husband Jerry Stiller to promote Blue Nun wine:

In 1969, legendary advertising executive Jerry Della Femina hired them to do radio commercials for Blue Nun Wine, a liebfraumilch. At the time, there was much doubt over the effectiveness of humor in advertising, but with Stiller & Meara confusing the sweet wine with Catholic sisters in their ads, sales soared — from 43,000 cases a year in 1969 to more than a million a decade later, according to a 1983 article in New York magazine. (The comics were dropped in 1979 for a campaign that featured a nun on a bicycle.) 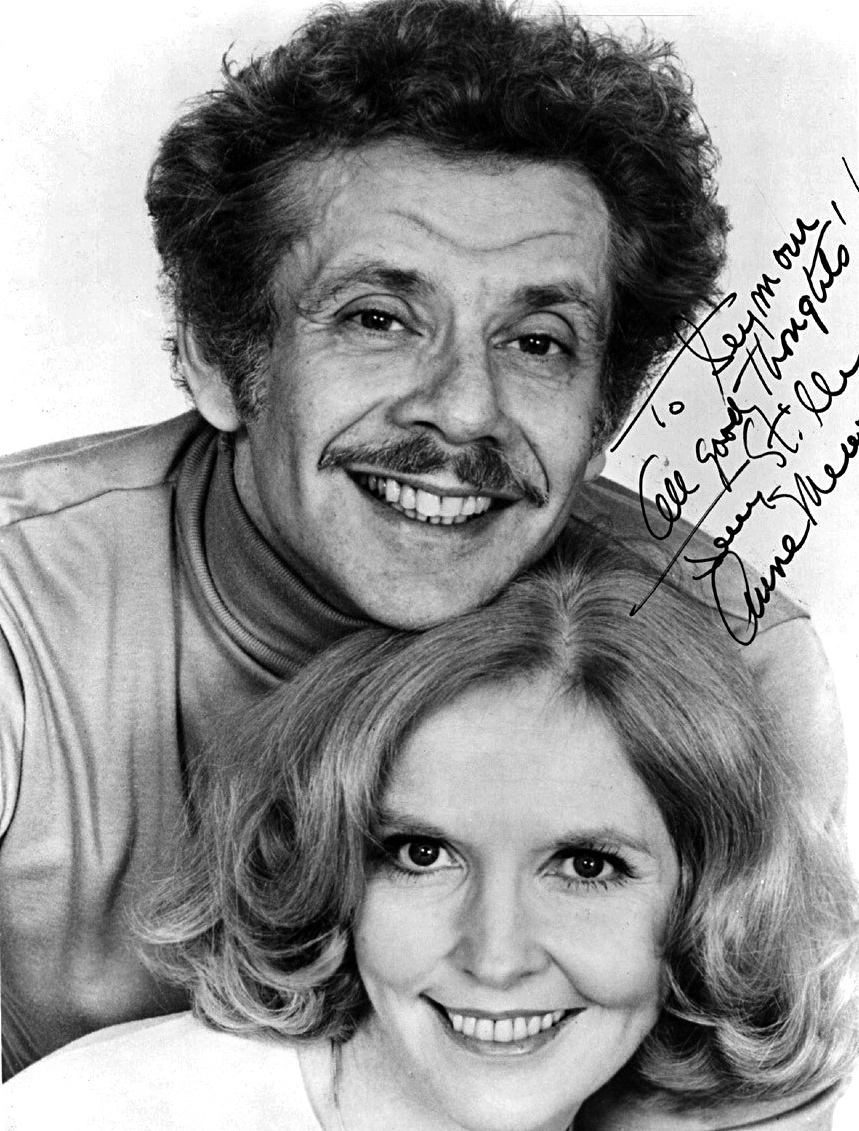 In one commercial, Stiller brings home some Blue Nun to celebrate a raise. “Honey,” his wife says, “don’t you think an extra dollar in the collection plate would have been thanks enough?” : “I’m having some friends over for smorgasbord. Some shrimp, a little cheese, some meatballs. What kind of wine can you serve with all those things?” she asks. “Might I suggest you have a little Blue Nun at your smorgasbord?” he replies. “Oh, I don’t think she’d have a very good time,” Meara says. “Besides, it’s going to be all couples.”

But for all that, Meara herself was not, as some thought,a lifelong Catholic:

Meara was born in Brooklyn, New York, the daughter of parents of Irish descent, Mary (néeDempsey) and Edward Joseph Meara, a lawyer. Meara was raised as a member of the Catholic Church, and converted to Reform Judaism six years after marrying Jerry Stiller. She has long stressed that she did not convert at Stiller’s request, but because “Catholicism was dead to me.” She took the conversion seriously and studied the faith in such depth that her Jewish-born husband quipped, “Being married to Anne has made me more Jewish.”

She and her husband were married 61 years.

A classic bit from “The Ed Sullivan Show,” below: