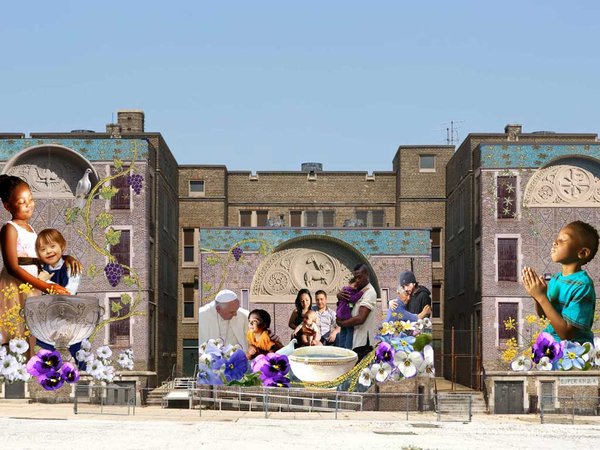 It’s timed to coincide with the World Meeting of Families, ‘natch.

Officials unveiled a rendering for the mural, which will be displayed at the future location at St. Malachy School at 1012 W. Thompson St., on Thursday. The announcement of the mural comes just less than four months in advance of the pope’s visit to Philadelphia for the World Meeting of Families. Pope Francis’ scheduled to visit the city for the September event and to celebrate a Mass on the Benjamin Franklin Parkway has spurred great excitement among Catholics in the region. The commemmorative Mural Arts Program project will be called “The Sacred Now: Faith and Family in the 21st Century.” The 4,239-square-foot piece was designed by muralist Cesar Viveros. The mural is to be created from 153 individual panels, installed across three sections of the school building.