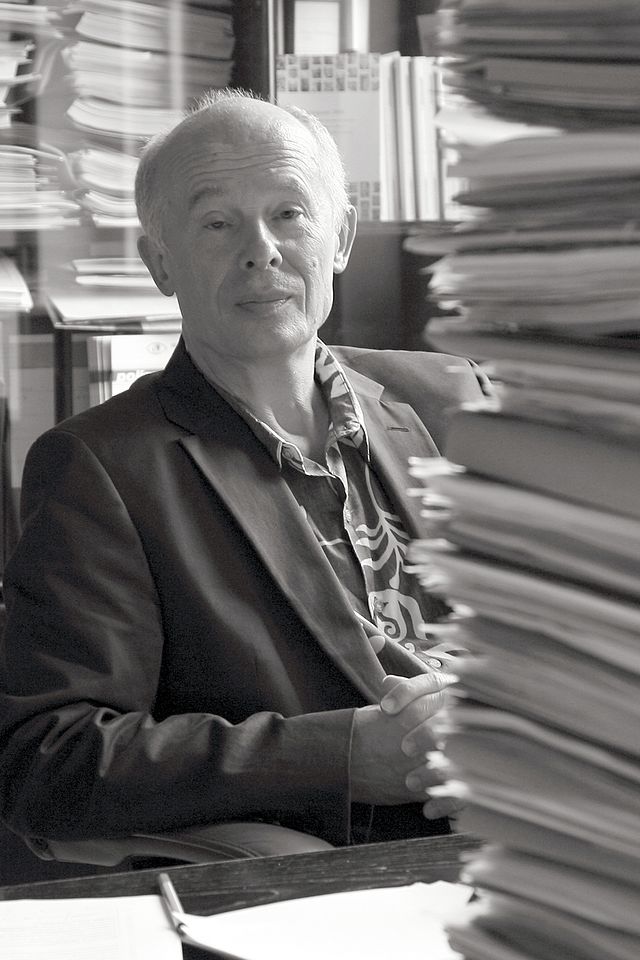 Vatican City, 17 June 2015 (VIS) – The Holy Father has appointed Hans Joachim Schellnhuber, professor of theoretical physics at the University of Potsdam and director of the Institute for Climate Impact in Potsdam, Federal Republic of Germany, as ordinary member of the Pontifical Academy of Sciences.

Schellnhuber, you may recall, is one of four who will be presenting the pope’s new encyclical tomorrow.

You can read more about his background here and here.

As for the Pontifical Academy of Sciences: it’s long had its share of non-Catholics and even atheist members, including Niels Bohr and, more recently, Stephen Hawking.

Housed in a building several centuries old deep inside Vatican City, the Pontifical Academy of Sciences is a surprisingly nonreligious institution as well as one of the Vatican’s least understood. Though it is virtually unknown among laypeople, the Pontifical Academy of Sciences is an independent and remarkably influential body within the Holy See. Over the years its membership roster has read like a who’s who of 20th-century scientists (including Max Planck, Niels Bohr, and Erwin Schrödinger, to name a few), and it currently boasts more than 80 international academicians, many of them Nobel laureates and not all of them Catholic — including the playfully irreligious physicist Stephen Hawking. Academy members are elected by the current membership. There are no religious, racial, or gender criteria. Candidates are chosen on the basis of their scientific achievements and their high moral standards. When a nomination for membership is made, the Vatican Secretariat of State is consulted in order to prevent the appointment of someone with a questionable history. “We’re a group of people from all over the world — many religions and attitudes,” says physicist Charles Hard Townes, a Nobel laureate and an inventor of the laser. “It is essential for scientists to participate in this and try to help the Catholic Church, advise them on their policies. Many civilizations in the world are not directly affected by science and technology decision making, but they are affected by mandates and decisions of the Catholic Church.” Maxine Singer, a leader in the field of human genetics, had praise for the academy’s work even before she became a member. “I went to a study week on genetics [in the early 1980s] and listened to a discussion about new reproductive techniques that were just beginning,” she says. “It was fascinating to be at the Vatican talking about such things when the newspapers and media would have you believe that the Vatican wouldn’t discuss them.”